We moved our sheep flock to grazing range along the foothills of the Wind River Mountains in early July. We’ve had a refreshingly moist summer, bringing this arid rangeland to life. The ewes are fat, the lambs are growing, and we share the same piece of earth with abundant sage grouse, as well as nesting long-billed curlews. Nine-month old Beyza (an Akbash) has claimed the range as her own, and is a fantastic guardian – as are the others in her lineage, including her mother Luv’s Girl, and sister Rena.

When we moved onto the range, my friend Pete asked if I would take care of an extra female livestock guardian dog. She had just given birth to five pups, and the pups were too small to travel with the herd as they moved into the mountains. I tended to the small family for a few weeks, but one of the 7-week old pups started trying to follow my herd as it grazed during the day. After retrieving the pup from more than a mile away from its siblings, we sent the female to the mountain, and brought the pups to our home, where we have a scattering of orphan lambs and adult sheep.

When people talk about getting livestock guardian dogs off to a good start, much emphasis rests on getting pups introduced to the species it will guard at a young age. That’s important – bonding is best if if starts early. The introductions to the lambs went well.

But what doesn’t get much discussion is how much easier it is to bond pups to a sheep herd that has had a long association with guardian dogs. It’s nearly a cultural thing – this relationship is so close, continuing from one generation to the next. When new pups arrive on our ranch, the adult sheep come to investigate. When the pups walk underneath the ewes, and sniff the underbelly of the rams, the sheep are not panicked or upset. They don’t stomp the pups, and show an amazing amount of patience as pups chew on the big curls of a ram’s horn, or investigate a milk bag on a ewe.

The new pups were soon crawling under the yard gate to hang out with the adult sheep, especially a big range ram. We select and cull sheep based on not just performance and appearance, but behavior. Calm and attentive behavior is ideal. This ram is an ideal babysitter for the pups, and gently disciplines bad behavior. 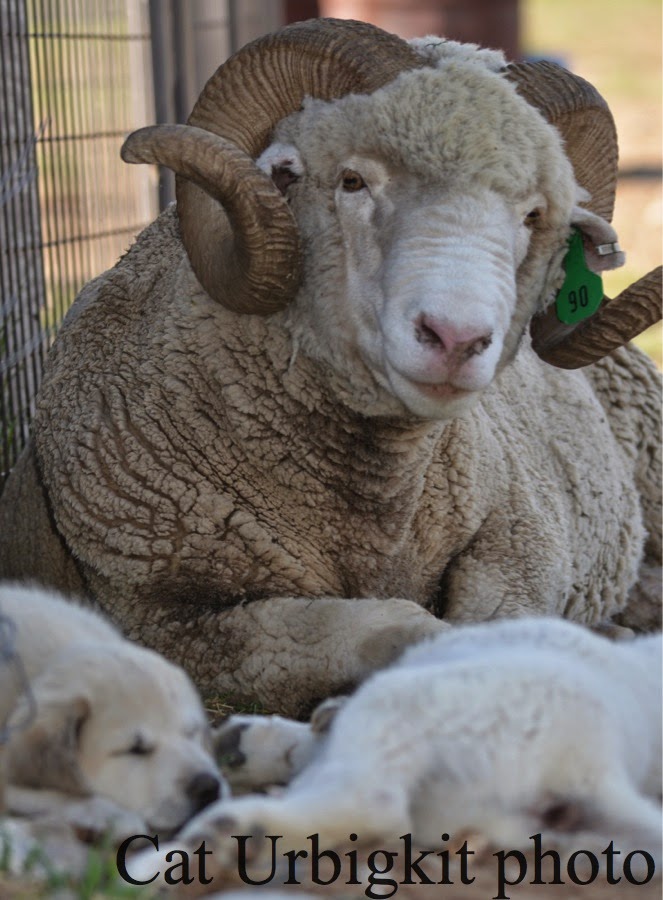 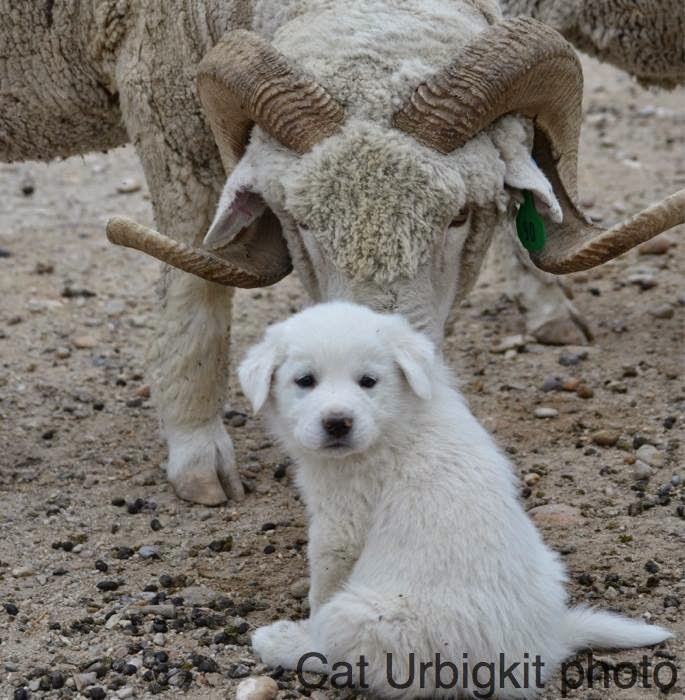