In 1983,  artist and evolutionary biologist John Mcloughlin was so sure of feathered Dinos that, in his novel The Helix and the Sword,  he gave the role of  the pets and executioners of his  post -Apocalyptic  Asteroid Belt civilization’s cruel “Regent” to a pair of eagle- like, genetically re- created Deinonychids, with feathers like Golden eagles, and named them after the legendary destroyers of planetary civilization: Washington and Moscow.

It has taken more than thirty years for an artist to produce a version of this wonderful… I almost put “beast”, but that is a mammal word– creature; bird; whatever,  worthy of his vivid  and prescient re- creation. Here it is, with a quote from the hermit of Talpa. 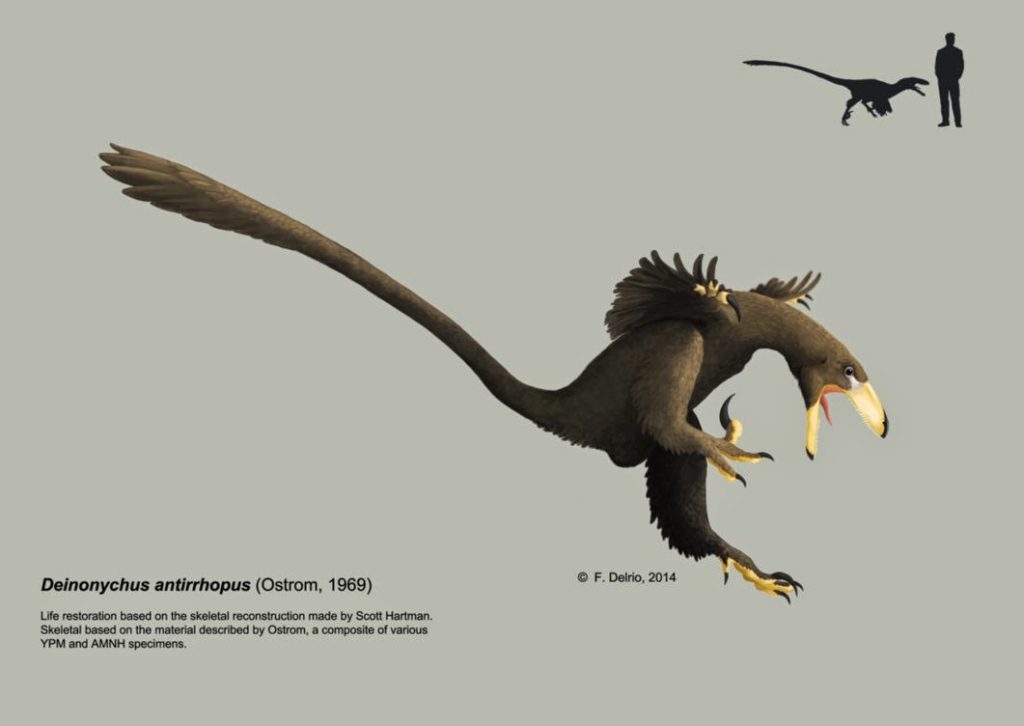 “Man- high, smooth- coated in short blackly irridescent feathers, red of eye and each wearing a diamond- studded Regency orange collar, Washington and Moscow were delivered to Lothar IV by the Sisterhood. Thenceforth, they accompanied  Lothar IV everywhere he went, standing outside his chambers when he slept, beside him when he ate. They were his trademarks, and his joys, and the agents of his Regental wrath as well…”

1 thought on ““Washington and Moscow””