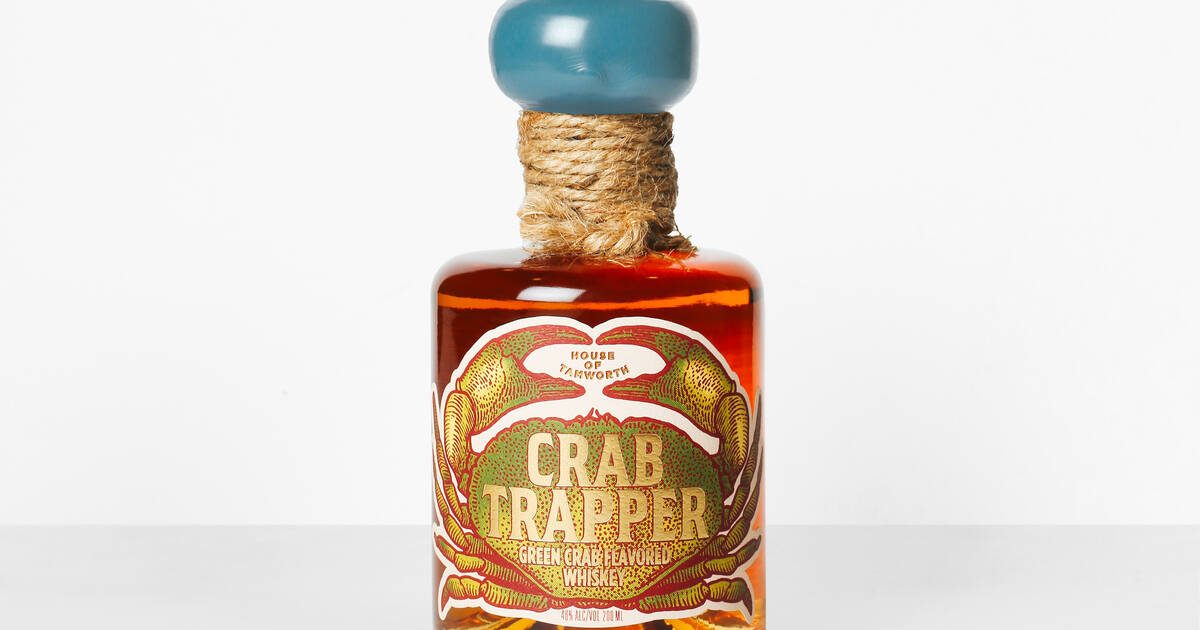 Yes, as in actual crabs.

The company said the body of this peculiar brew has hints of maple and vanilla oak and finishes with heavier notes of clove, cinnamon and allspice. What it doesn’t have is anything that might be associated with a crab dinner: Even though the distillery uses about a pound of crabs for each bottle of whiskey, you won’t get any crab meat, shells or claws with your shot.

That sounds rather lame. Mostly a marketing gimmick but the more serious side is the invasive green crab from Europe is causing huge damage on the Northeast coast. There have been various attempts to make a market for them with little luck so far. Their small size is a problem. Their numbers can be amazing. I saw a show years ago where they set traps like lobster traps and they packed the trap full.

I have had local oyster stout and it was really good beer. I think they said they used real oysters in the beer so a crab whiskey is strange but not unique.