I was surprised they went with the Native American angle.

The first movie was good. The rest are forgettable.

Director Dan Trachtenberg gave an interview with SlashFilm the same day the full trailer was released, explaining that they struggled for a while with “The Hunt for Red October thing”, where the crew of a Russian submarine were introduced speaking Russian but the film then transitions to portraying them speaking English for the benefit of the audience – they considered doing something similar at first, starting with the cast speaking the Comanche language but then switching to English, but ultimately felt it didn’t really work. Instead, Trachtenberg explained the film was shot in English and Comanche, with the entire cast performing an alternate all-Comanche dub of the film. Because the film is being released through Hulu, audiences can pick which language version they watch on the streaming service. 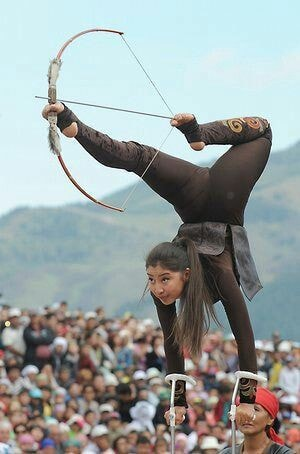 They needed to hire this Mongolian girl. She could pass for Comanche and she has a very particular set of skills.