The minor great (is that contradictory?) southern writers are always being revived, sometimes by friends of mine; their agrarian roots make them more appealing to me than old Yankees generally. A person descended from  Alpine peasants and mercenary Celtic soldiers can remember misty maritime coasts with nostalgia, but be impatient with the old cultural hegemony of Puritans; what Betsy Huntington, product of rural squires up the Connecticut River, called “that Boston commercial money.”

So an article pops up in the Catholic mag First Things celebrating Alan Tate. Well, OK, he did some good stuff (he was alleged to be…difficult, too– if I weren’t sober I’d be tempted to say “a dick”), but, OK.

But does anybody outside of academia read Tate? Whereas his wife…

She is not all that popular in feminist circles–as a Southerner and a Catholic convert, she is already odd. But her classic work, Aleck Maury, Sportsman is the tale of a “worthless” Classics prof who wastes his entire life hunting and fishing, while knowing he is doing something as important as anyone engaged in a so- called useful profession. NOBODY in the academy but oddballs like my friend Gerry gets that.

Maury is good enough to have a place as one of the hundred books in my Book of Books, A Sportsman’s Library. But even I can’t say anything as wild as Tom McGuane did back in the interesting book Rediscoveries, more than a decade back (I don’t own a copy, just a xerox of the essay– Google it!) He said: “… there are sections of this book which seem to me to have been dictated by God.”

Is it the best sporting novel ever? Naah– only in the top ten. But the stand- alone story about Maury, “The last day in the field”, available in Old Red and other Stories, may just be the best story- with- bird- shooting ever; its most likely runners- up are McGuane’s “Flight”, and any of, say, five of Turgenev’s reminisces…

And I have a treat. Caroline Gordon was a great friend of Father Anderson Bakewell SJ, scientist, hunter, explorer, drinker and teller of tales, and my Explorers Club patron. I didn’t get the .416 Rigby when he died, but i got all the Gordon books, and their correspondence. I had forgotten that he had a Mannlicher Schoenauer, my own favorite rifle, as it was overshadowed by his Rigby .416 “Rifle for heavy Game” and his two Italian over and under rifles, but you see it mentioned here.

Letter below, cut for relevance; inscription in Old Red;  and Andy with his last feral hog (maybe HIS Last Day in the Field), using a Zoli over and under 8 X 57 JRS and custom loads with Barnes X (“my X- rated”) bullets. 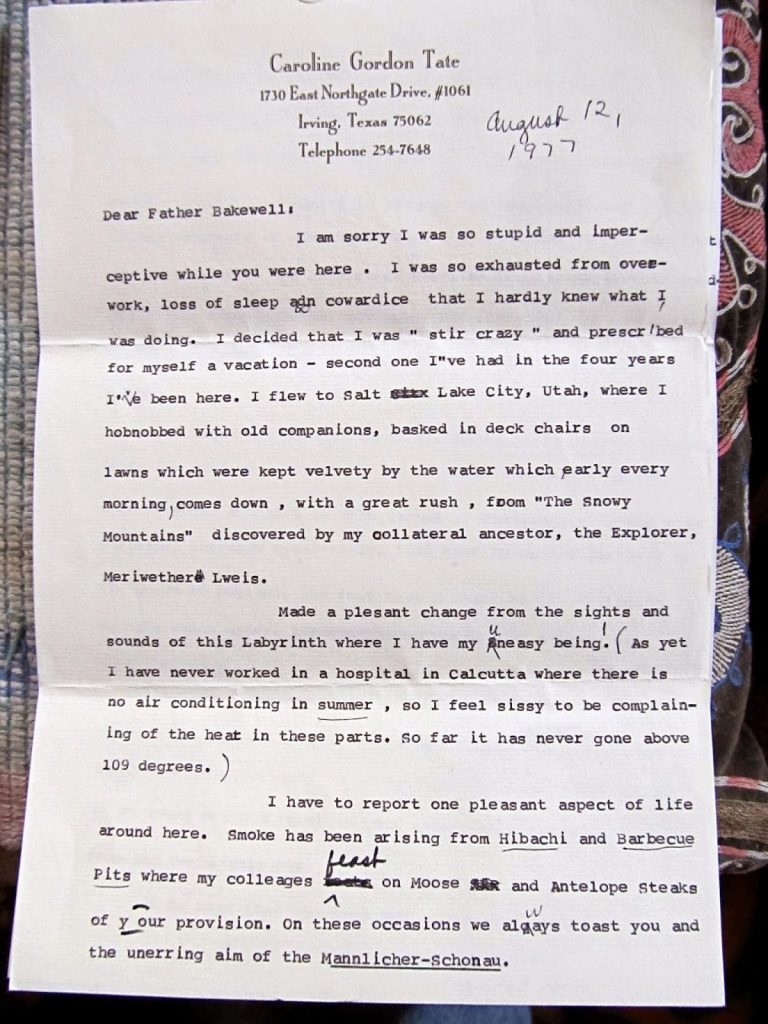 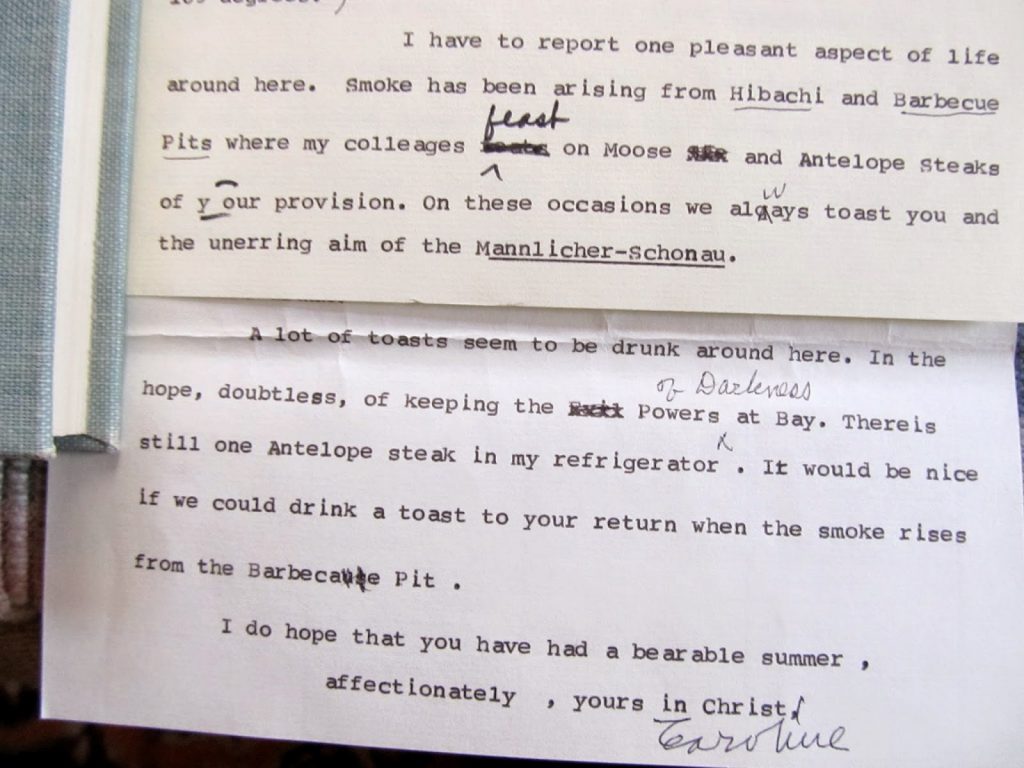 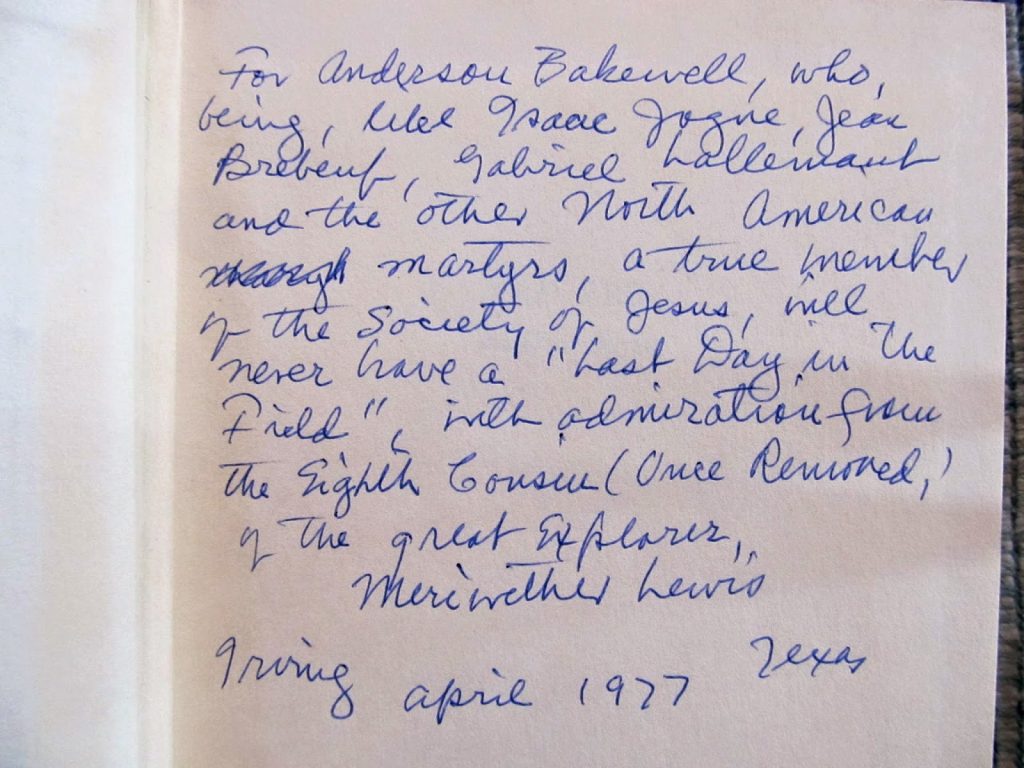 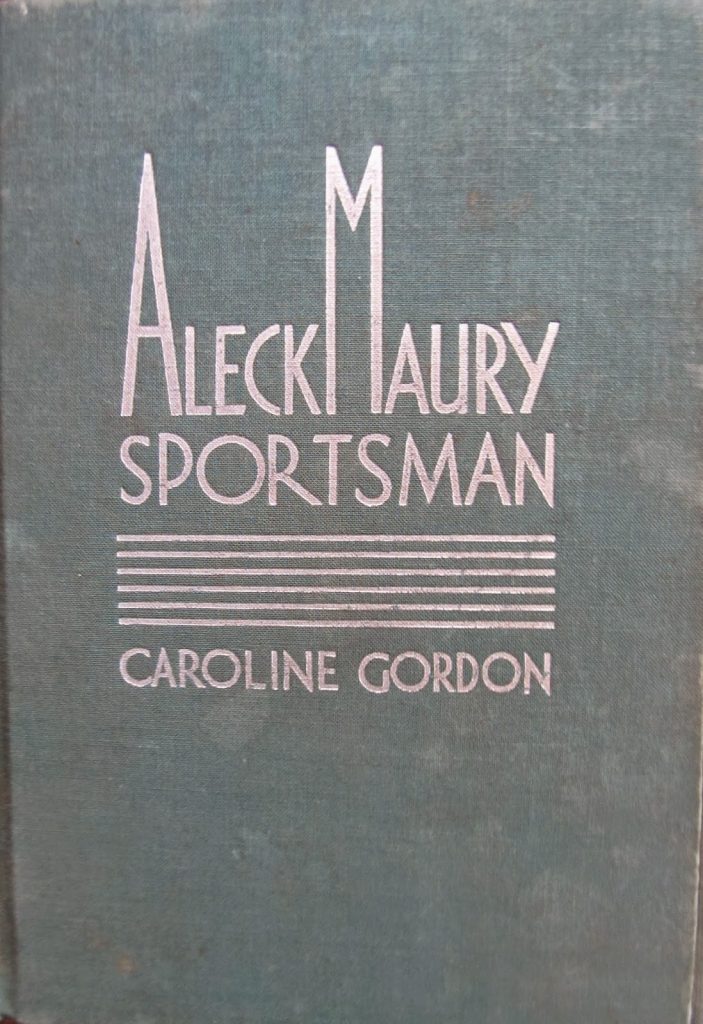