We went to the outdoor wedding of Jake Stamper and Eva Trujillo last week. 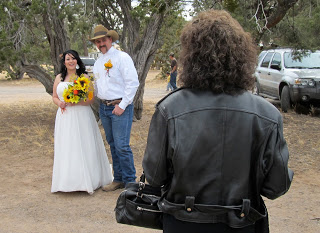 Nothing says western like people doing show and tell with their guns in the parking lot at a wedding. My hunting partner, Piet Ditmars, and his wife, Jessica Abberly , admiring a CZ Bobwhite .410. Consensus among knowledgeable friends suggests  at under $1000 it may be the best smallbore for the money. Jessica wants one too, though she is left handed and must shorten the stock. 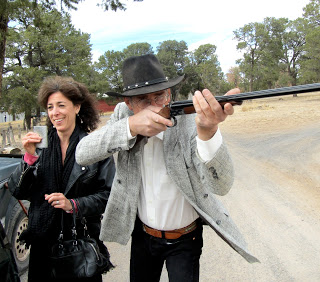 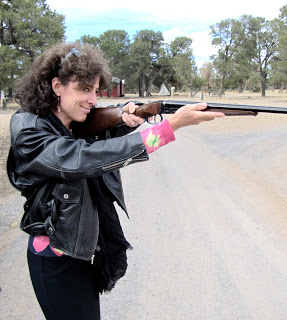 Related: Jameson Parker, who did the intro to my book below, discusses gun esthetics.

A Sportsman’s Library is out, available on Amazon and soon in bookstores. Buy many and often!

Here are a few images of JK and his past work: 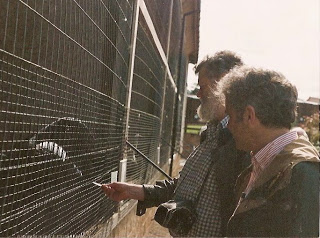 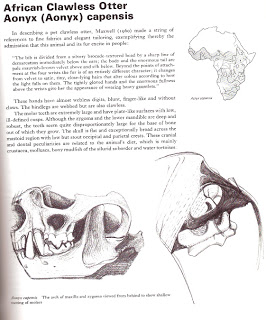 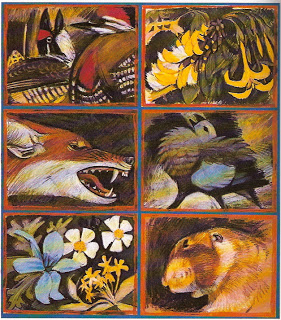 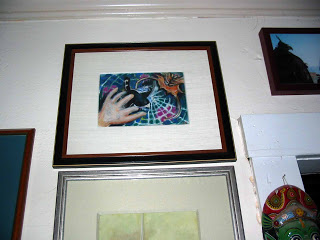 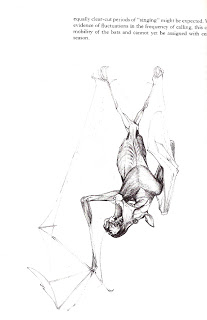 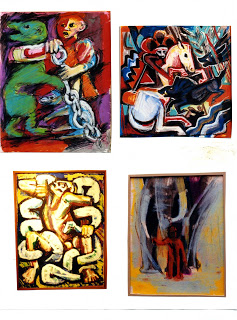 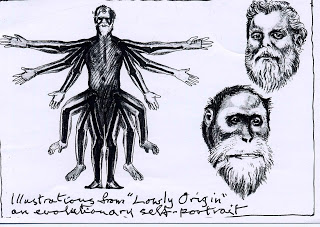 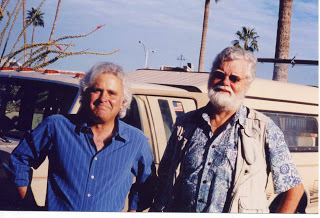 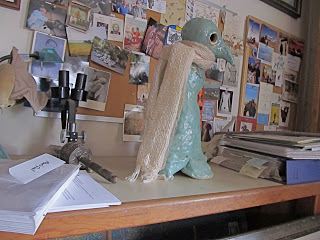 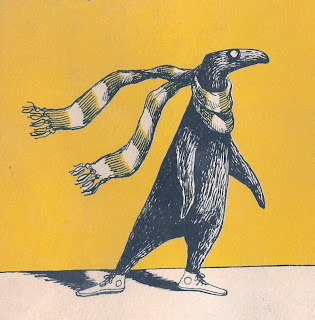 I have known environmental gadfly Ted Williams for well over 30 years, since  Gray’s Sporting Journal was based in Brookline Mass. Ted was and is tough, sardonic, and not one to mince words– he was has never been inclined to cut anybody any slack, even friends. I am by no means in agreement with him on every issue; for instance, like most eastern journalists  he has never quite comprehended the virtues  of public land ranching, only the vices. But so what? Not only is he quite capable of reducing friends as well as  enemies to sputtering incoherence; I think he enjoys it, and I suspect arguing with him will either hone or demolish your own arguments.  Some have called this lifelong hunter of woodcock and ducks (and, last we talked about such things, New England Republican) an anti- hunter because he follows no party line; one friend refers to him as a Bolshevik. By party line standards I am just as bad, albeit on different issues. If you feel he is wrong, you damn well better have your facts researched; Ted was and is fearless, well- researched, blunt, funny, and honest. He is staunchly “green” but never politically correct.

More than ten years ago, Audubon magazine fired the man who may have been the best nature editor of our generation, the audacious and utterly unconventional Les Line (I have blogged on him– hit archives & search) . They wanted trendy urban stories, not nature writing. At the time I said there was no longer any reason to read the magazine. But I was wrong; Ted still wrote for them, and though I never re- subscribed, I often bought the magazine on the stands and read his column. Even when he was irritating, I knew I could trust him.

Recently,  he wrote a piece for a Florida newspaper advocating culling the immensely destructive feral cat population to preserve songbirds (the numbers of lost birds every year suggested by more than one study runs into the billions, and can be found on Google). A couple of cyber groups immediately put up Internet petitions to have the monster fired .

At which point Audubon, unbelievably, caved in to the Internet flash mob of ecological illiterates (including a mob of sentimental cat loonies who call themselves Alley Cat Allies– I will NOT link), and fired him, cravenly reducing his 33 years of writing  for them, mostly on the masthead, to “freelance writer and occasional contributor”, and ignoring every conservation study in the past decade.

Audubon– the- mag has now achieved the remarkable feat of firing both the best nature editor of our time and our most independent conservation columnist. If you are so inclined, go to their website and tell them just how inconsequential and worthless they have become.

Update: some hard numbers from Patrick Burns, sent to Audubon:

“Please count me as one of those extremely disappointed in the National Audubon Society’s treatment of Ted Williams in response to a bunch of squalling feral cat advocates who have positively declared war on America’s birds.

Here are the facts when it comes to feral cats:

·         Feral cat colonies are not “No Kill” — they are the planned, subsidized, and systematic mass killing of native wildlife.

Let’s change this losing game. It’s time to trap and euthanize… and Audubon should stand behind it.

Update 2:
David Petersen writes:
” As I read the piece, he was calling for mercy to the murderous hordes of cat-killing feral cats by replacing the dominant neutering program with a far more humane  euthanasia program. While Mr. Williams clearly did not overtly suggest that you and I start poisoning cats, as the cat crazies claim, he has nonetheless subsequently apologized for any lack of clarity in what he did say, as you can see for yourself via
http://articles.orlandosentinel.com/2013-03-14/news/os-ed-feral-cats-031413-20130313_1_feral-cats-feral-cat-problem-alley-cat-allies

“Audubon is North America’s leading voice on behalf of birds. Cats, feral and otherwise, are a, or the, leading cause of the shameless mass slaughter of birds. How many feral cat crazies are Audubon supporters?”

(And, like me– and how many others?– he remembers Les Line; he ” …was never able to find it in myself to forgive Audubon for dumping Les Line, who, in many readers’ minds, was Audubon Magazine.”)

From John Scalzi , (who is quite successful); ht Peculiar.

“….But, these publishers and their defenders may say (and have said), the publisher takes all the risk in producing a book! Yeah? Hey, to publishers and their defenders who say that: Fuck you. Fuck you for asserting that the author has shouldered no risk, when she’s invested the time, opportunity cost and material outlay required to create a manuscript. Fuck you for asserting the the author sees no risk to her own career from the choices that the publisher imposes on the publishing process that the author has no control of: everything from cover art (which, if horrible and/or out of step with the market, can sink a book) to the size and distribution of the initial print run, to the marketing plan the publisher has for retail.

“Fuck you for lightly passing over the risk that the author has if the book fails — that any additional books in the contract might be cancelled or put out with the bare minimum of contractual obligation, that the author might not be able to sell another book to the publisher or other publishers because of a track record of poor sales — and for lightly passing over the fact the a publisher mitigates its own risk of the failure of a single book by having an entire portfolio of releases. If one single book fails but the publisher’s line holds up generally, then the risk the publisher encounters to its livelihood is minimal. The risk to the author, on the other hand, is substantially greater. Yes, to all of that, “fuck you,” is probably the politest thing to say in response.

“Tell me again how all the risk lies with the publisher in producing a book. I want to hear it again. And I expect you can imagine what I would say to that assertion, again.”

Dr John Burchard on “Oriental sighthounds” (and breeds in  general):

“I think we have to remember that the breed subdivisions within the “oriental
sighthound” group are to some considerable extent a Western artifact which does
not accurately reflect the reality on the ground. On the ground there are
several regional populations, each with a considerable range of phenotypic
variation, grading more or less insensibly into one another. The extent of gene
exchange among them is probably considerable but thanks to “breed politics”
(also a Western invention) I fear we are unlikely ever to get honest and
accurate sampling that would permit DNA analysis of the situation. Almost
everyone involved has some kind of agenda and most of those agendas are either
Western-inspired or based on a desire to have a “national” breed. Most of these
dogs are called “saluqi” in regions of Arabic speech and some variant of “tazi”
elsewhere. To me it appears that the phenotypic “fault lines” – to the extent
that such actually exist, which is far from obvious – do not particularly
coincide with the linguistic ones – nor, alas, with the “breed political” ones.
Introducing the Western “purebred” model, derived from 19th century notions of
human racial “purity”, into this situation has IMHO not been beneficial.

“In other words, when we speak of “different breeds” here, it is probably a good
idea to use quotation marks .”

The past is never dead. It’s not even past.

– William Faulkner, Requiem for a Nun 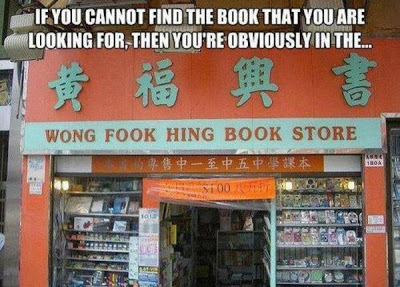 …a step ahead of the banker,

a moment behind convention,

putting off heaven and hell

as long as possible.

–from Blood Writing, by Sean Sexton

UPDATE:
The poet sends his picture, in his Querencia, and a painting. I’d love to see that place. Meanwhile, get his book! 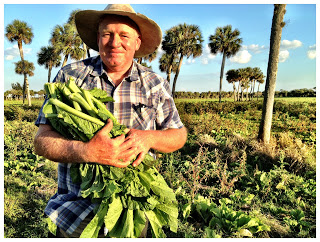