Constant commenter Lucas Machais wondered if the cover photo on the new ed of Querencia– the- book, seen below with my other  new covers, was “generic”. I am afraid I got more indignant than I should have. We pay attention to the particular here, not the general. I answered that the cover photo

“… was taken up Anchor Canyon five miles east in the Magdalena Range,
looking northeast over a cabin built by the Strozzis, a family of the
local Italian- Swiss “cousins” early in the last century, then over Lee
Henderson’s ranch where we run the dogs and hawks and Vadim Gorbatov
drew the quail. Strawberry Peak, where Charlie Galt found the
northernmost specimen of Crotalus lepidus, stands at the edge of the Rio
Grande Rift; the Big River flows north to south, left to right, behind
it and 2500 feet below.” 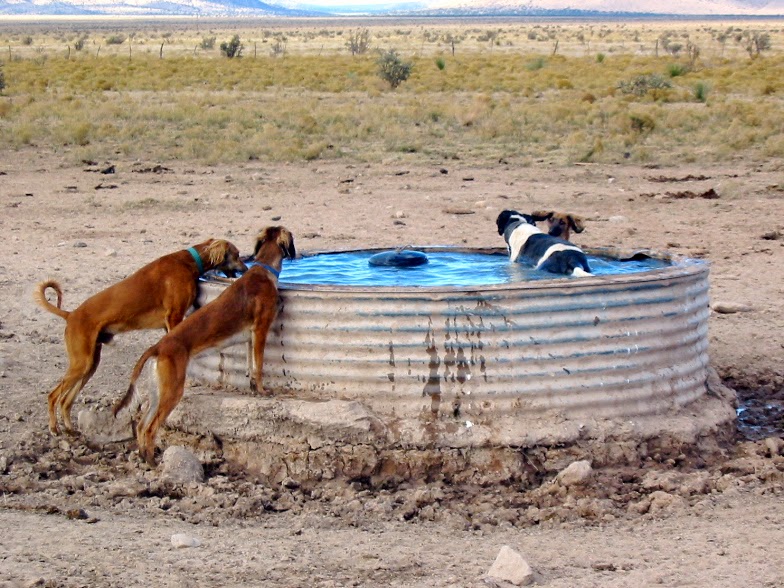 Lee and Gorbatov quail, Vadim with Libby on the ranch, and studying a Swainson’s hawk nest there: 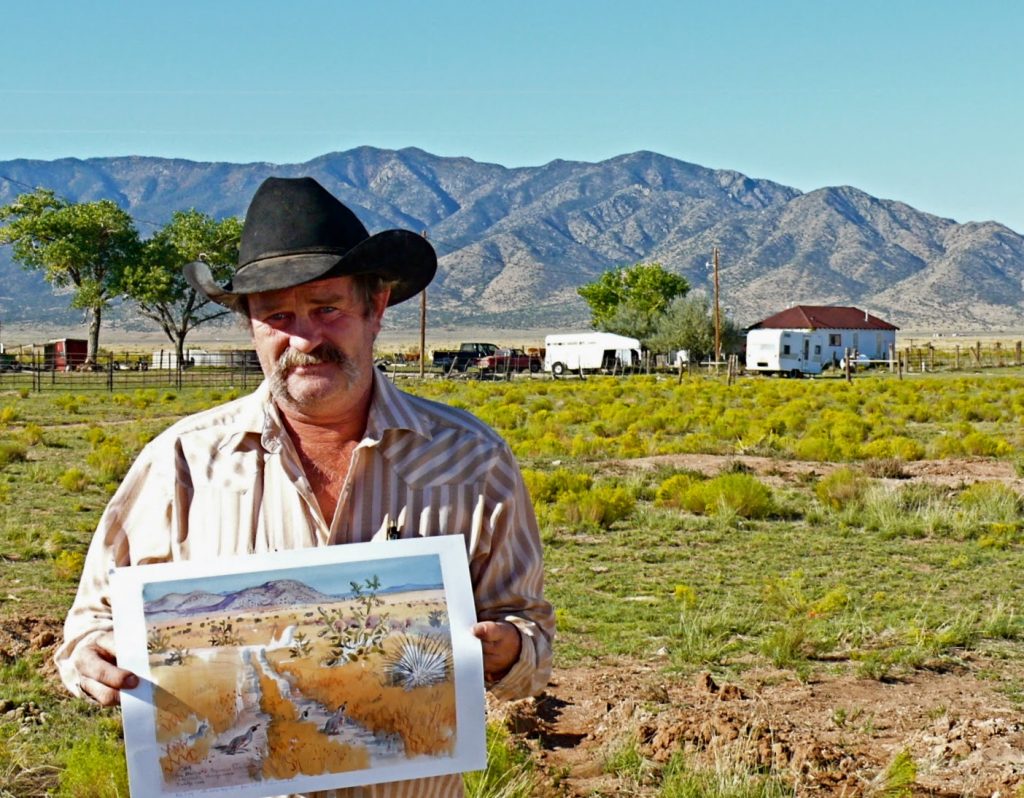 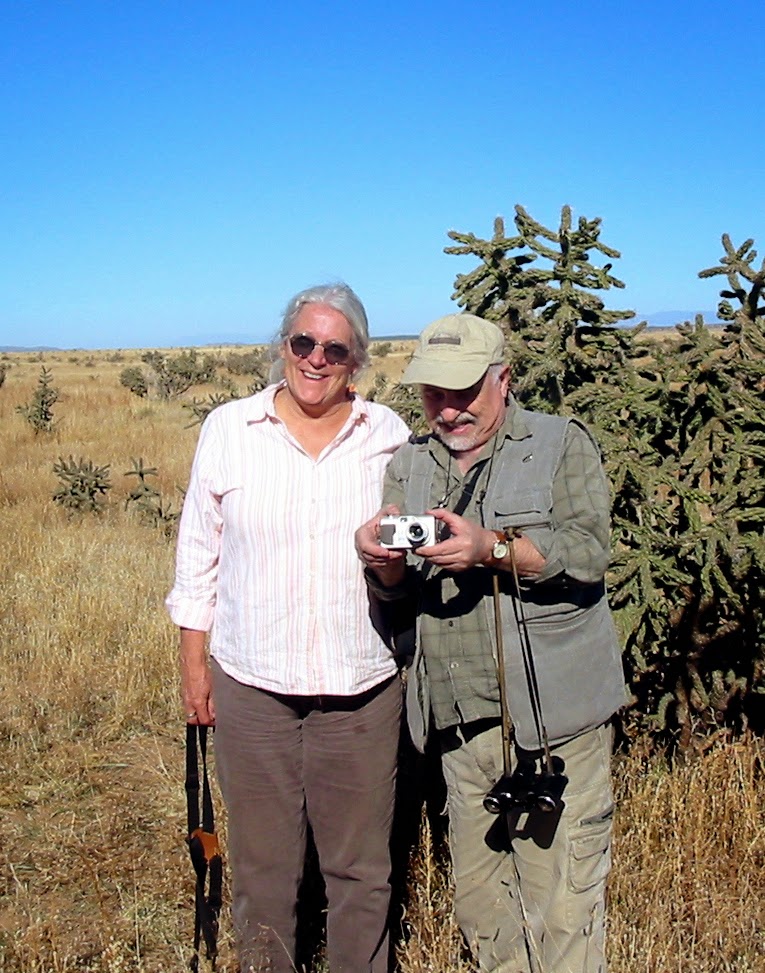 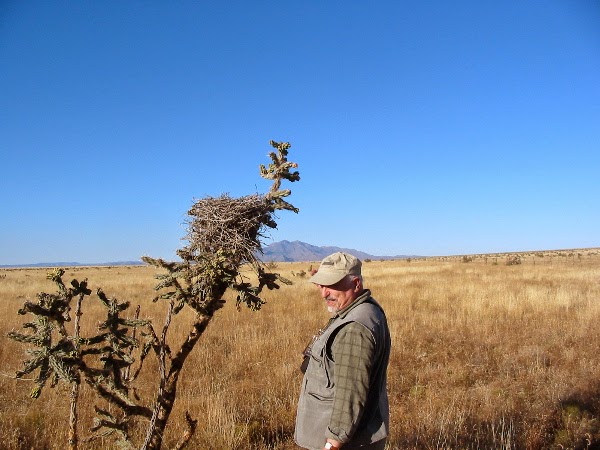 Me with Charlie’s snake, a million years ago: 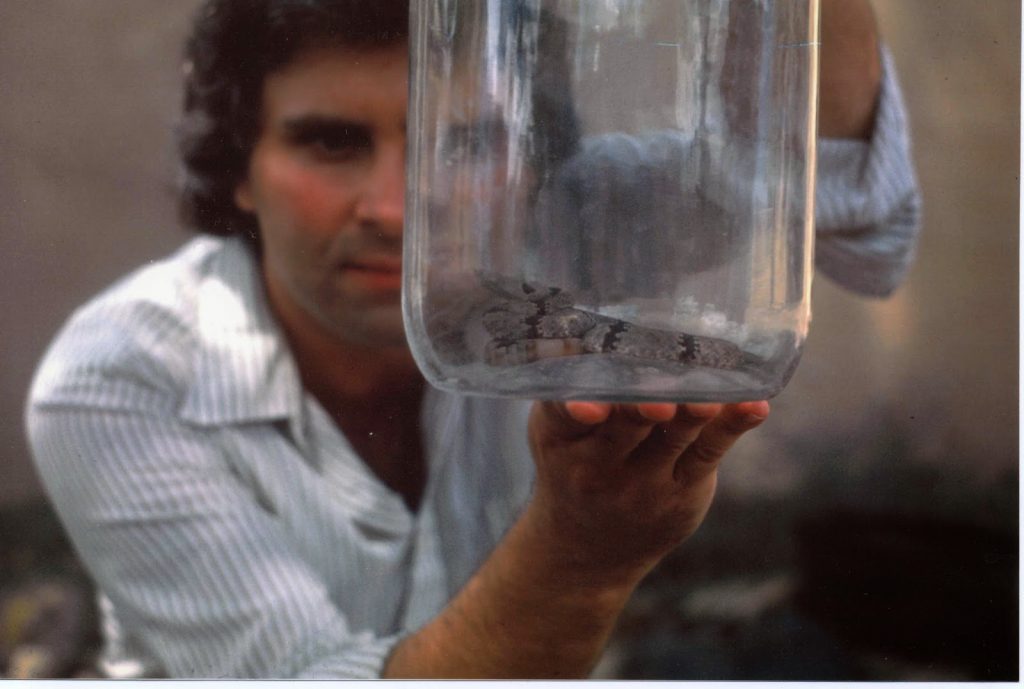 The infamous Ferruginous hawk nest made, all but the cup, of fencing wire, which so fascinated the Russians.

I had hoped to “quote” Russ Chatham’s cover painting of Betsy and her hounds on the original Q, itself an accidental near- quote of this well- known  shot  of Karen Blixen and HER hounds,  with this haunted pic of me on a Christmas hunt on the plain, but was persuaded, reluctantly,  to go with a different concept. None of this is anything but intensely local.  And all but the Blixen take place within the field of the first cover photo. 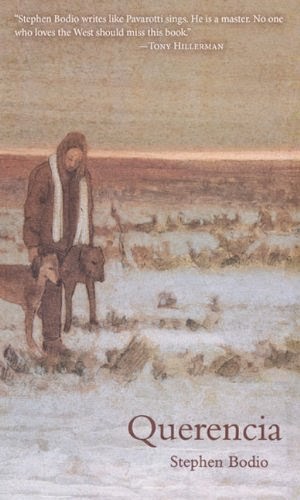 The imperturbable Almaty Ataika, Queen of the universe and still looking young, surveys her Brokedown Palace. 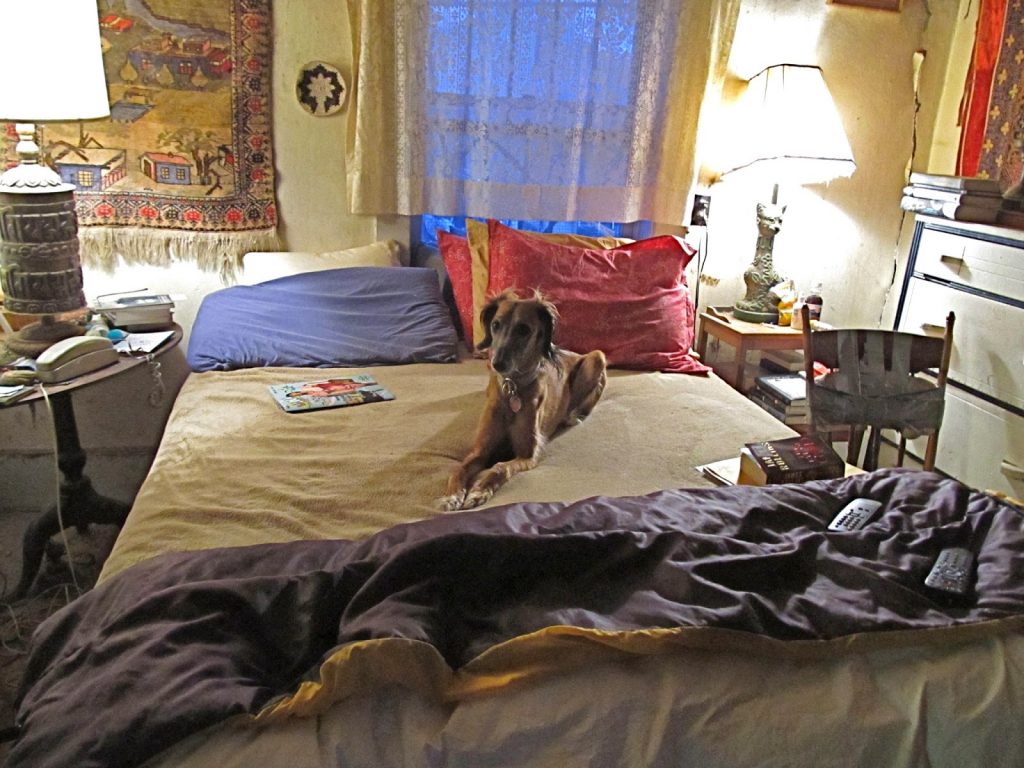 Ataika, of course. Here, two rearrangements of our furniture to fit her whims.

The Peculiars were down last week and Mr. P. took this splendid panorama of our home town nestled beneath its foothills. The higher peaks of the Magdalena Range are obscured behind clouds to the upper left.