I have many I have been saving, some worth your time, some that just caught my eye An example of the second is this horrifying skeletal “bird”, aptly titled “Epic Bird Anatomy FAIL”: 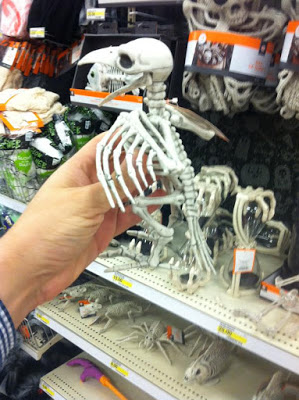 On the serious front, we have more dispatches from the front lines of the AR fascists’ attempts to make us cease all contact with our animals, from the invaluable and necessary Bedlam Farm blog. “We”,  ie the side of sanity, won the first battle for the continuing existence of the New York Carriage horses, but can we be complacent? Jonathan Katz says no.

He also revisits the larger issue here; whether it is possible to have a traditional relation with an animal, say WORKING, in our society. I would have thought he was being paranoid, but after belatedly reading Ted Kerasote’s latest, Pukka (review TK) I learn that a large majority of urban Americans think that ALL dogs must be spayed and neutered. Where do these mooncalves think that dogs COME FROM?

A quote from Bedlam Farm:

” The truth is that American dogs live the best lives of any animals in
the world, very few of them suffer and die at the hands of abusive and
uncaring owners…

” We are moving towards a kind of quarantine for dogs, increasingly
sealed off from the opportunity to socialize them, to give them varied
and stimulating lives, to accompany us in our travels, be appreciated by
other people. Dogs deserve better than to be isolated only in homes and
backyards because society does not permit us to take any risks with
them.”

Eleanora’s falcons have always been thought  strange. Island – nesting relatives of the European Hobby, they resemble little Peregrines with big wings. They live on Medterranean islands, and breed during the FALL passerine migration to Africa, using that bounty to fuel their reproduction.

Now it appears that they keep “prisoners” in a larder as well. Please forgive format– it came out this way:

“The authors reported
also that this behaviour can occur even before the eggs hatch, and was
already well known to a local fisherman who is staying in the
archipelago in a more or less regular basis for decades…”

Read, as they say, the whole thing.

Last before dinner: a relative, a wild Eurasian Hobby, flies down a Swift . That we have not yet mastered such flights, apparently done easily in the Old Days, should suggest we don’t know everything yet…

The Green Junglefowl and the Nicobar pigeon resemble chickens and pigeons but pushed to fever- dream intensity. The mere existence of such creatures is at least a partial antidote to the blues. 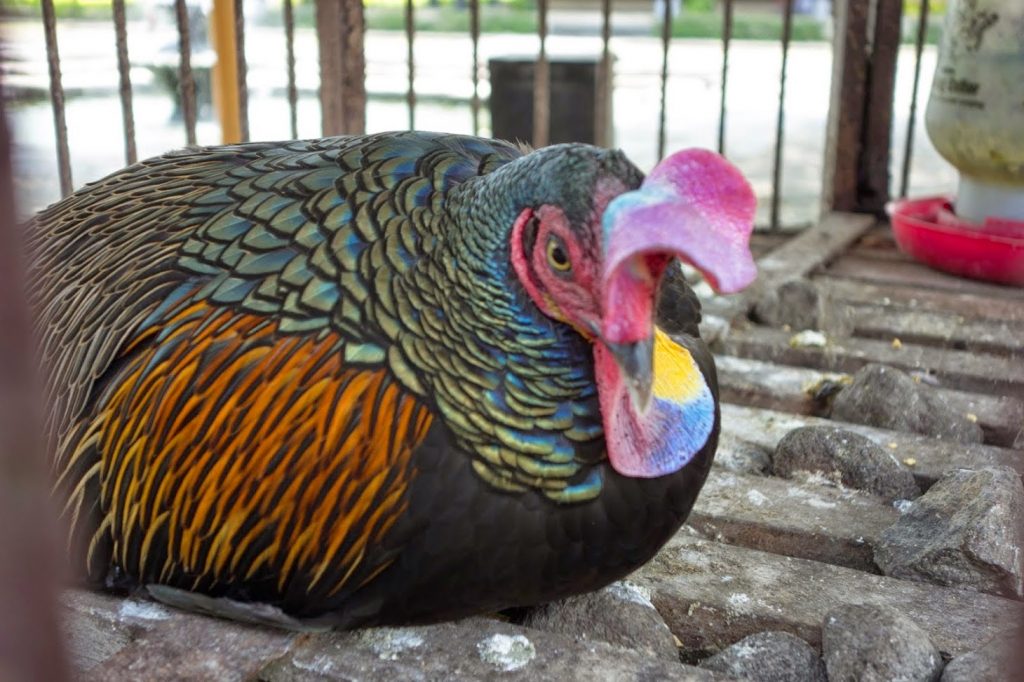 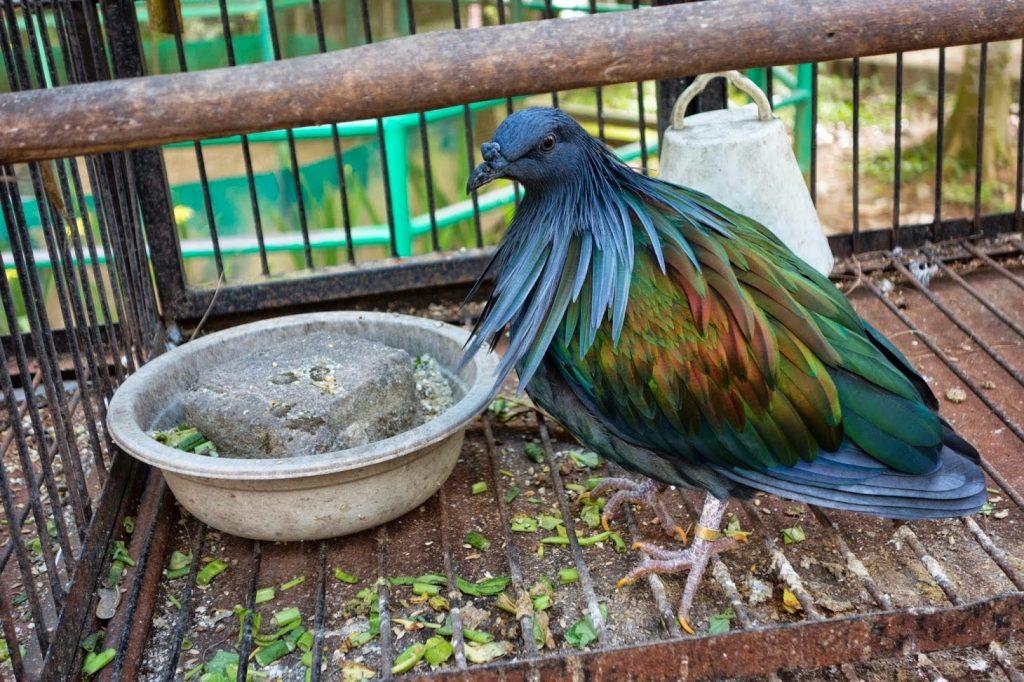 Terence Wright just last night sent this photo of the hybrid Black X Red Shouldered Hawk in CA, with this short  note: “Here is a pic of the hybrid chick during  banding.” We will continue to add any updates. I want to see what it looks like after it fledges–  those are two such different Buteonines. The long yellow legs suggest Black Hawk… 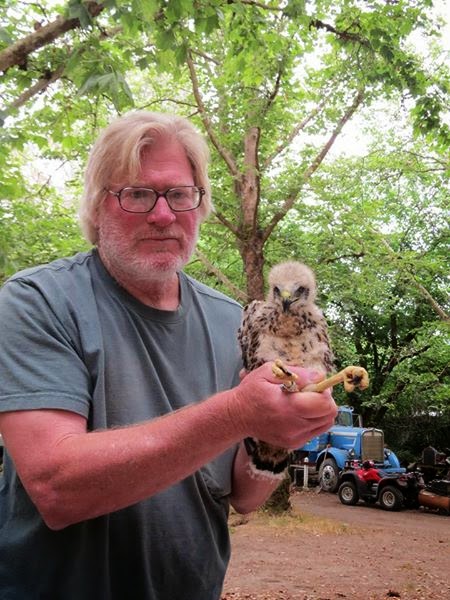 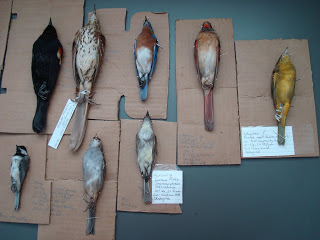 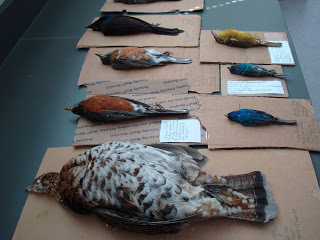 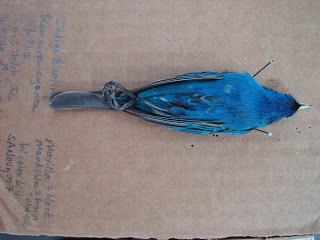 Trying something new here. I have either three or four new possible books on deck, though how I will find energy to do them all is a… challenge. One is natural history and ornithology, one a novel, long set -aside,  and I am not sure I want to say more about either it or the other one/ two yet. But the natural history has a neat 3000 word intro/ outline/ essay and a real plan, and I thought I might put that much in here as two or three excerpts, as the whole thing is only 3000 words.

I have developed the idea a bit, though more conventionally, in Living Bird; it may be available online there, as it was published a few issues back. My actual thesis is rather more radical: the PP, at least as we “know” it, is an ecological phenomenon. Human culture (Paleoindian burning, starting as recently as 12,000 YA) created it; human culture (as in our, colonial version) killed it. Read and ponder and let me know if you want to hear more. Since “Martha” the last PP, died in 1914, it seems an appropriate date.

A
Feathered Tempest:
The
Improbable Life and Sudden Death of the Passenger Pigeon
“The
pigeon was a biological storm. He was the lightning that played
between two opposing potentials of intolerable intensity: the fat of
the land and the oxygen of the air. Yearly the feathered tempest
roared up, down, and across the continent, sucking up the laden
fruits of forest and prairie, burning them in a traveling blast of
life. Like any other chain reaction, the pigeon could survive no
diminuition of his own furious intensity. When the pigeoners
subtracted from his numbers, and the pioneers chopped gaps in the
continuity of his fuel, his flame guttered out with hardly a sputter
or even a wisp of smoke.”
-Aldo
Leopold, 1947
Introduction
“Slowly
the passenger pigeons increased, then suddenly their numbers
Became
enormous, they would flatten ten miles of forest
When
they flew down to roost, and the cloud of their rising
Eclipsed
the dawn. They became too many, they are all dead.
Not
one remains.”
Robinson
Jeffers
The
passenger pigeon was not just a bird. Calling it a “biological
storm,” as Aldo Leopold did, was an understatement; it was more
like a series of simultaneous biological hurricanes, blowing all the
time. At its population’s peak, four to five billion pigeons roared
over the forests and prairies of the east and midwest, a number equal
to the entire population of overwintering birds in the U.S.. A single
flock in motion could darken the sky over 180 square miles. One
recorded breeding colony in Wisconsin in 1871 was 125 miles long and
between six and eight miles wide. Such a flock could consume two and
ten million liters of food a day.
The
passenger pigeon is an icon, a symbol of the fertility of the
pre-Columbian world and our ruining of Eden. We Europeans came to a
world of abundance, cut down the trees, shot the pigeons, and hauled
out barrels of salted pigeons in railroad cars to the markets of the
east. By the 1870’s the birds were in retreat; in 1914, the last,
cutely named “Martha” after George Washington’s wife, died in a
zoo in Cincinnati. The pigeon’s extinction symbolizes the heedless
exploitation of a continent’s riches at the hands of our culture.
All
this is true, as far as it goes. But if you begin to consider the
conventional narrative, to look at the tale through contemporary
scientific eyes, it begins to look curiously thin.
Such
a biological phenomenon could not have acted in a void. Modern
ecological thinking shows us that if you subtract a species that once
consisted of 40% of all the birds in North America, you lose or
change more than just a bird. Passenger pigeons fed on enormous
amounts of “mast,” the nuts produced by the dominant species of
the eastern hardwood forest: white oak, beech, and chestnut. Of
these, two are at least mildly in retreat today relative to other
species, one seems to have fewer “crops,” and one is ecologically
if not genetically extinct. Other species of plants also seem to be
affected. Berries from no fewer than eleven families were dispersed
by passenger pigeons, and some now rarely fall at any distance from
their parent plant.
The
pure physical effect of the flocks would have been like nothing that
exists on the planet today. The weight of the pigeons and their nests
damaged the forest like a hurricane, breaking limbs and even toppling
trees. But no hurricane would also leave inches of nitrogen-rich
droppings on the forest floor. Contemporary observers said the ground
looked “snow-covered” after the pigeons passed. The droppings
first killed grasses and understory vegetation, then promoted riotous
growth a year or two down the line.
Other
species could not help but be affected. The recently-rediscovered
ivory- billed woodpecker prefers to feed in dead trees; could the
loss of such abundant provisions have contributed to its near
extinction? The pigeon’s demise may also have had an impact on
such creatures as the Bachman’s, blue-winged, and golden-winged
warbler, the Carolina parakeet, the eastern box turtle, and the
American burying beetle. The term “keystone species” has become a
part of our common understanding: a species so important that
knocking it from its place in the ecological arch causes a tumbling
cascade of change and destruction. The more one looks at the
passenger pigeon, the more it looks like the “mother of all
keystone species”.
I
first began looking into the importance of this bird during an
internet discussion among some friends, mostly naturalists and
biologists, on rare and extinct birds. Someone asked a question about
the pigeon. I had been reading about the Pleistocene extinctions, the
coming of humans to the continent, and about the effect of fire on
landscapes. Suddenly, all of these phenomena looked to be related.
Some of the “facts” about the pigeon and about pre-Columbian
America in general began to appear very strange. Things contrary to
our simple myths began to emerge from the mist.
During
the last glaciation, cold steppes existed as far south as the
latitude of modern Delaware. South of this ecosystem was an extensive
band of boreal forest, which also covered the Rockies, and much of
the plains south of glacial-edge steppes were forested as well.
Piñon-juniper savannah, better-watered than today, covered much of
the southwest. Tropical ecosystems in Mexico may have been drier than
today, but were in much the same place. Deciduous forest occupied
only a fraction of its later space on the continent.
So,
where were the pigeons?