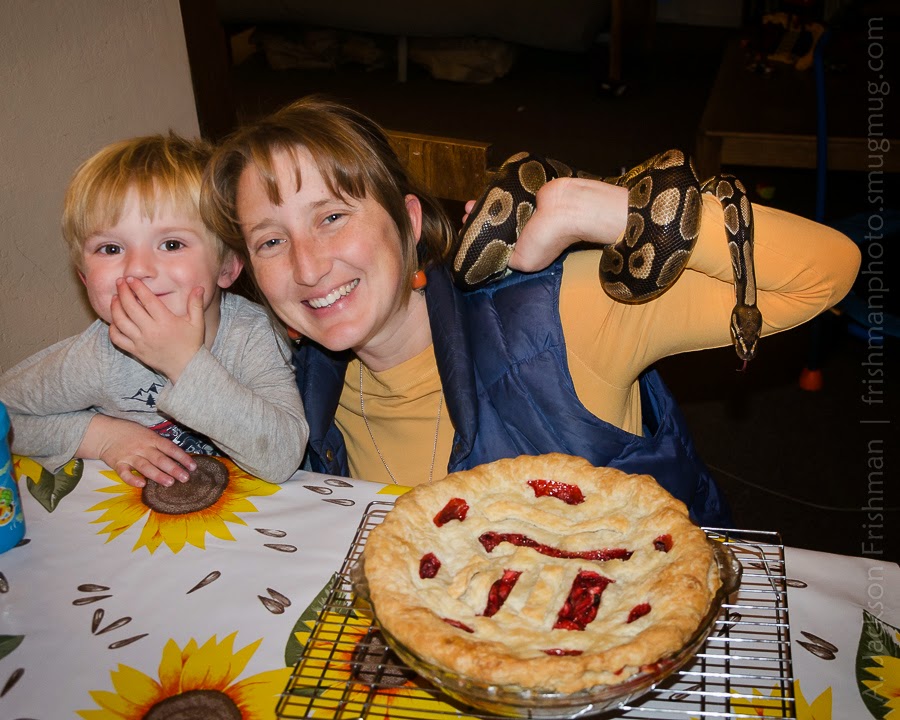 From Anne D. I had seen still photos but they did not remotely do it justice.

I generally remove, rather than kill, snakes in the yard, even rattlers.

But this gopher snake that got itself stuck– braided– into the plastic anti- bird mesh in the garden yesterday tested my patience. Cutting a hot writhing largish snake which is trying to bite you out of plastic mesh with a nail scissors, using hands that only shake with PD tremors when called upon to do something intricate, is no fun at all, especially when said snake is hell- bet on two things: biting and going forward so as to enmesh himself more firmly. But we both survived. Photo by Libby who had no desire to do anything other than laugh at us and shoot the pics.

I am ready for frost. 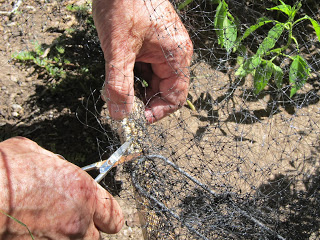 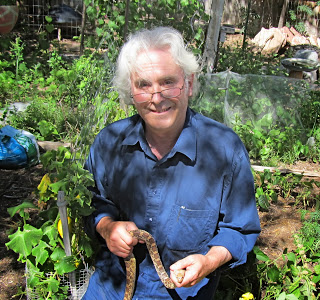 Two of our beloved tazluki relatives got snakebit by what seems, judging from the fang marks to have been a large rattler, at Daniela’s. Incredibly, 15 year old Lahav got  the better of it, while grandog Shunkar seemed to have some eye involvment. Both better now– will pass on any news. 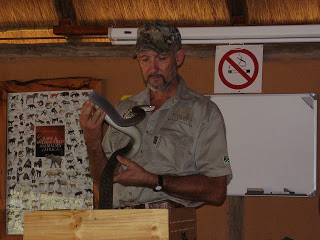 “My son came for spring break vacations. He told an interesting story about mass mortality among exotics in Florida. They had a prolonged period of unusually temperatures there as far to the south as Florida Key, about 40 Fahrenheit for a few weeks. As a result at least 90% of huge Southeast Asian pythons died. A lot of tropical illegally introduced fish species died. A lot of dead fish of different exotic to the area species were floating dead, stinking. Alligators and birds gorged, all you can eat available. This is an excellent ecological disaster phenomenon. Iguanas also became slow down, even dropped from trees, but the did not die, just lost their mobility for some time. One man gathered a lot of them in his car, thinking he was rescuing them. While he was driving, they all warmed up enough and revived!. He was surprised seeing all those huge reptiles moving all over his car and had to stop to unload them! Exotic birds did not die, but a lot of other introduced species seems either gone, or reduced in numbers by cold weather.”

Maybe it will spare us some of those tiresome animal “reality” shows. But will it breed us up future “super pythons” on the principle that those that survive will be more cold- tolerant?

Walter Hingley sent in a Canadian article on the newly- discovered giant snake Titanoboa cerrojohnensis. He was swiftly followed by Reid, who sent this NYT link (Peculiar commented “Leave it to today’s media to tie it immediately to global warming, though. I guess 42-foot snakes aren’t interesting if they don’t relate to Obama.”)

Best treatment here, with photos of the Titanoboa vertebra beside one from a “little” anaconda.

The Alpha Environmentalist sent this pic of his crazy South African friend Neels and his tame seven-foot black mamba, teaching a ranger course. Somehow, the “No Smoking” sign is hilarious in this context. Jonathan adds: “You could mention that he was bitten by a mamba on an episode of Mark O’Shea’s Big Adventure, and nearly died. Back on his feet the next day. Obviously didn’t make him nervous around mambas.”