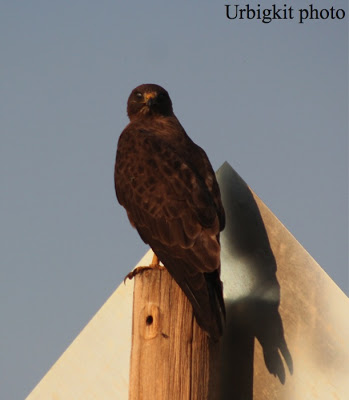 It’s been a great week for wildlife encounters. I was driving down the highway and watched a group of swallows wheeling and flying quickly, with a Swainson’s hawk in their midst. The group flew near the New Fork River bridge and I actually saw the hawk grab a swallow! The hawk flew with the small bird to the top of a tall pole nearby, where the hawk attempted to feast on his meal, only to be so severely harassed by the rest of the flock he had to leave. The hawk, with the small bird still in its clutches, flew off to the safety of confines of the old cottonwoods along the riverbottom and I lost sight of him. 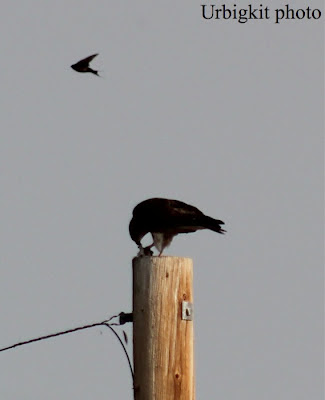 I couldn’t believe what I had seen – how could this raptor
take one of those quick, small darters of the sky? Amazing!
A few days later, a friend came to the house and told me he
had just seen a hawk grab one swallow out of a large whirling mass of swallows,
at the same place. Perhaps we’ve got a swallow-snatching expert in the
neighborhood.
We’ve had a nest of Swainson’s hawks that are hanging out
along the same patch of river and meadow, and it has been wonderful to watch
this brood as they hunt. The number of Swainson’s hawks present here is
dwindling now, as they begin migrations. Here’s a few more juveniles from our neighborhood:

The sheep are doing well in their new pasture near the
Midland Ranch, with no wolf or bear problems. The herd is close enough to the
ranch headquarters that there can be up to eight guardian dogs with my herd at
any one time, in addition to the burros, so I have one of the most well-guarded
herds in the country. The Midland is my business partner Pete’s ranch, and he
has dozens of guardian dogs working to protect the various herds, so old dogs,
young dogs, retirees, and nursing females sometimes come out to spend time with
my herd since it is nearby. Fine by me – I’ll feed any guardian dog that tends
to my flock.
Jim enjoys accompanying me to check the flock. Part
of the pasture is a natural slough where he’s been harvesting meadow
mushrooms (Agaricus campestris). Several times in the last few weeks we’ve split a steak for dinner, with a
side of sliced mushrooms cooked in butter. Yum. Jim’s also been trying to teach
Hud the herding dog to find mushrooms, but Roo the burro is far more
interested. 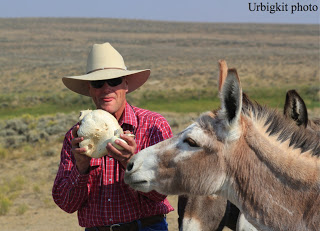 Today as we returned from checking the sheep, we saw a large
bull moose grazing along the New Fork River. We stopped in to watch and visit
the beast as he grazed the riparian area on the other side of the river. He’s
one of the bulls that wintered in the sheep pasture last year, so it feels like
he’s somewhat of an old friend. Jim and I spent an hour sitting on the ground
across the river from this Shiras moose, and he rewarded us by moving into the river
toward us to stand in the cool water on a warm afternoon.

I had never seen nor heard a moose slowly lapping water before. It was pretty darned entertaining, and I laughed when I saw this image of his curled tongue: 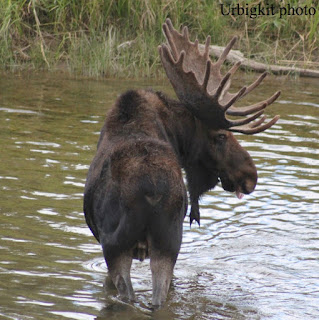 We left him to his
grazing, thanking him for accommodating our quiet visit. Jim snapped a new “glamour” shot for me before we left. Oh yeah, the boys on my block are badasses! 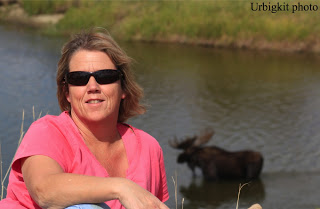 Cat had me out on the mesas looking at natural and local history. I saw any number of golden eagles and literally hundreds of antelope– I thought I lived in antelope country– but the p & s made the raptors into dots and only this antelope, one of several bucks who stood his ground, was even worth reproducing, 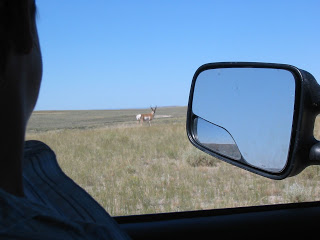 Typical country: basin of the Sweetwater (or is it the Big Sandy?? I need a map!)– but definitely looking east to the Wind Rivers…

Old but well built and still used watering trough for sheep. Note how it is too narrow for for cow muzzles. 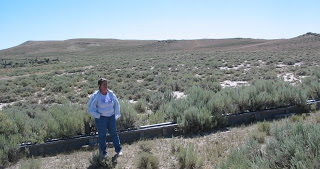 Antelope skull- we brought it back on the plane. Mark insisted on calling it our (nudge nudge) “carryon”. 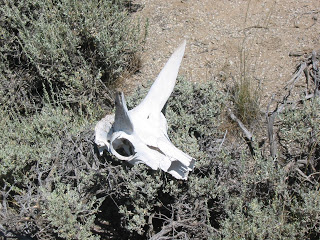 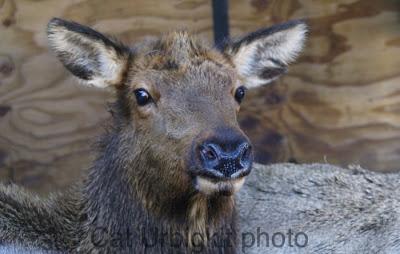 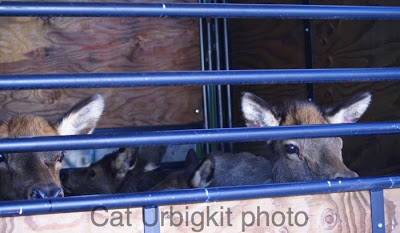 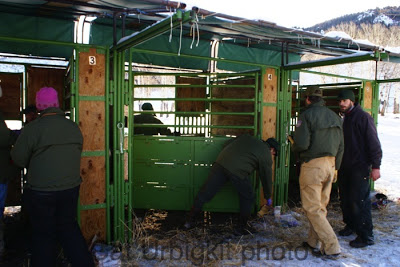 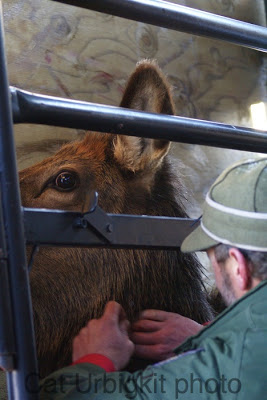