Cap’n Rick Rozen, one of my oldest friends and a sport AND professional fisherman (charters, tuna), is up from Costa Rica to go after big bluefins off the Mass coast. He is already having some success (that is him at the top); seeing whales too. 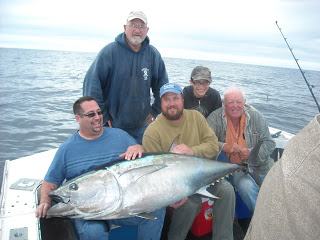 Rick is one of my few high school friends who shares my interests, and when not fishing and birding and living the good life in Costa Rica has been known to hunt ruffed grouse with an old LC Smith… 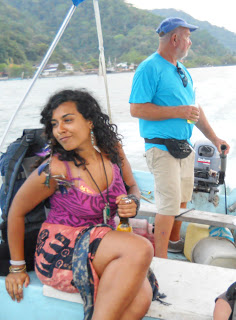 Since Jane died last week the Weiners, Huntingtons and I have been unearthing some seriously old stuff. I am replacing my useless scanner soon so take this as a preview; the pic of the family Huntington in China in the thirties is really of decent quality, for instance.

Below: Virginia Haist Huntington at high school graduation, 1907, and with her kids about 1977. (The old one courtesy of David Weiner). Then Bishop D T Huntington in his Episcopal robes in China, and with the whole family. 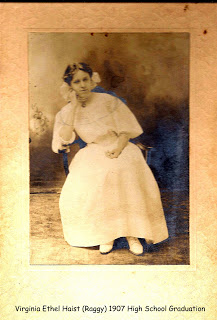 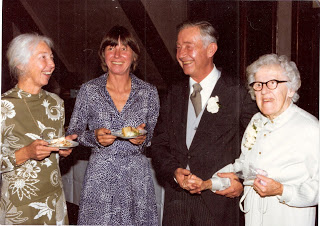 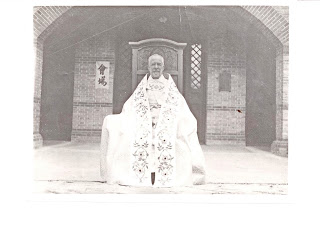 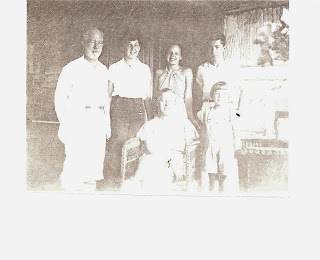 You think Virginia was old? She married an older guy. “Trum” died almost exactly when I was born, and was born in 1865. He was in then- Peking for the Boxer Rebellion. 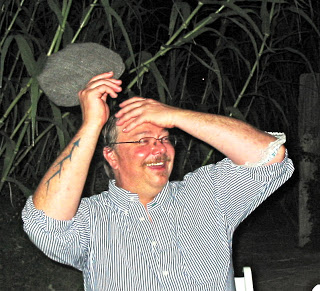 Warren Spencer, seen here at the wedding below, has been putting up videos of our falcon- tazi- lurcher teams at “Dirtwinger”. Most if not all dogs here bred by us or “granddogs” of our stock…

Here are two of them of Warren’s breeding (we own all grandparents) with Terence’s late Gyr- Prairie tiercel Cog on a hare. 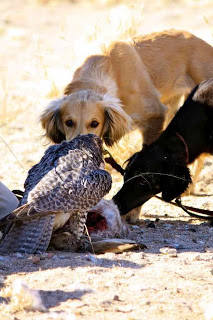 A brilliant, beautiful entomologist, reigning expert on the wild bees of NM… 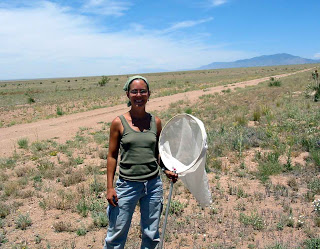 … and a fine celebration follows. 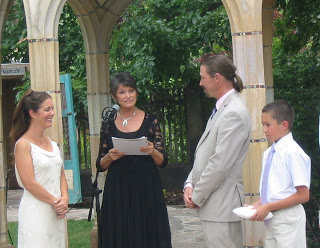 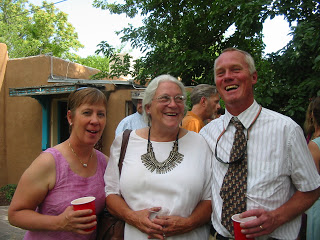 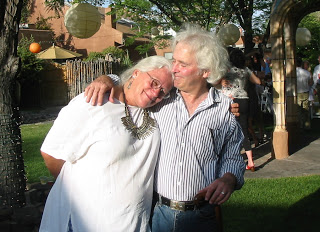 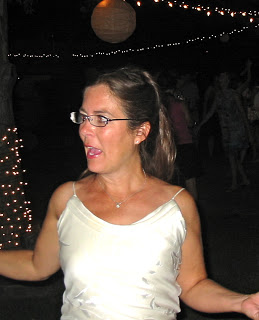 One amazing thing was the amount of “dog relatives”– I think everyone in the photos but one has a descendant of our hounds, plus many others present–!

Just finished writing 80,000 words about 100 sporting books. It went too slowly, as PD hits right in the parts, so to speak, that need to sit in a chair and type– two things I don’t do well these days. A lot was dictated and I don’t do THAT well either, I am irritable because I am used to having my words fly from my brain to the page through my fingers and that no longer works.Why can’t Libby or whoever just read my mind??? And Dragon (dictation software) is not up to scratch yet when my voice is hoarse or coughing, never mind my sesquipedalian vocabulary habit and my too- broad range of references…

Maybe I need a new computer as well as a laptop (which I do need, for not sitting here). I also need a new point and shoot– the old one died, which is why I have been lax in the Karen & Terence wedding pix- it refused to download. I shall now attempt to remedy.

But: done. For the first time in two years all deadlines are self- imposed. It feels good.

Today some photo blogging and links, more coming as I get back past book obsession.

And why not put links here? Let’s see…

People are stupid about bitey things. Many know this already, and are unsurprised. (Annie Davidson: “Ooh, they’re tame! Let’s go pet them!”)But have the Vikings really so forgotten nature that they allowed children to pet wolves? Also: don’t have a link, but student was mauled by chimps at the Goodall center in South Africa. When I was at the zoo I feared angry apes more than the neurotic wolves. Steve Ross, a researcher at Chicago’s Lincoln Park zoo, summed it up well; he called chimpanzees “naturally a fairly violent species, naturally aggressive, very interested in things like power and hierarchy”, and added “… you can never relax with these chimps. They are unbelievably fast, strong, and they’re always looking for an opportunity”.

Jess sent a pic reminding us that the saluki/ tazi was recognizable AND various in the 1500, a Mughal painting depicting a heroic youth befriending the dogs he has been thrown to by the King, about 1563. Brindles, too! Click or double- click to embiggen as always. 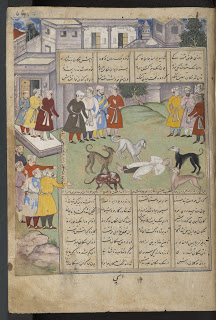 Lane Batot has obtained not one but two pups from Vladimir Beregovoy, cousins or something to ours. We expect reports and photos, and will publish. Snippet:

“2 male Tazi pups left in the litter, and I could pick either one, he said. Both light fawn colored, like wild grass dried in the sun. But as I played and interacted with them, Vladimir changed his mind, and rather INSISTED I take BOTH!These pups made SUCH a beautiful matched pair, and were super-bonded to one another, he hated to separate them. As did I. Ironic we just had that discussion on yer blog about raising pups alone vs. raising littermates together!… And my gosh, how bonded those two are–just BEST buddies! And so much less traumatic for them to keep them together! No whining or crying not even their first night at my place!”

Anybody know of a young SMALL falcon (actually a tiercel is preferable) for sale or free? My deal fell through.