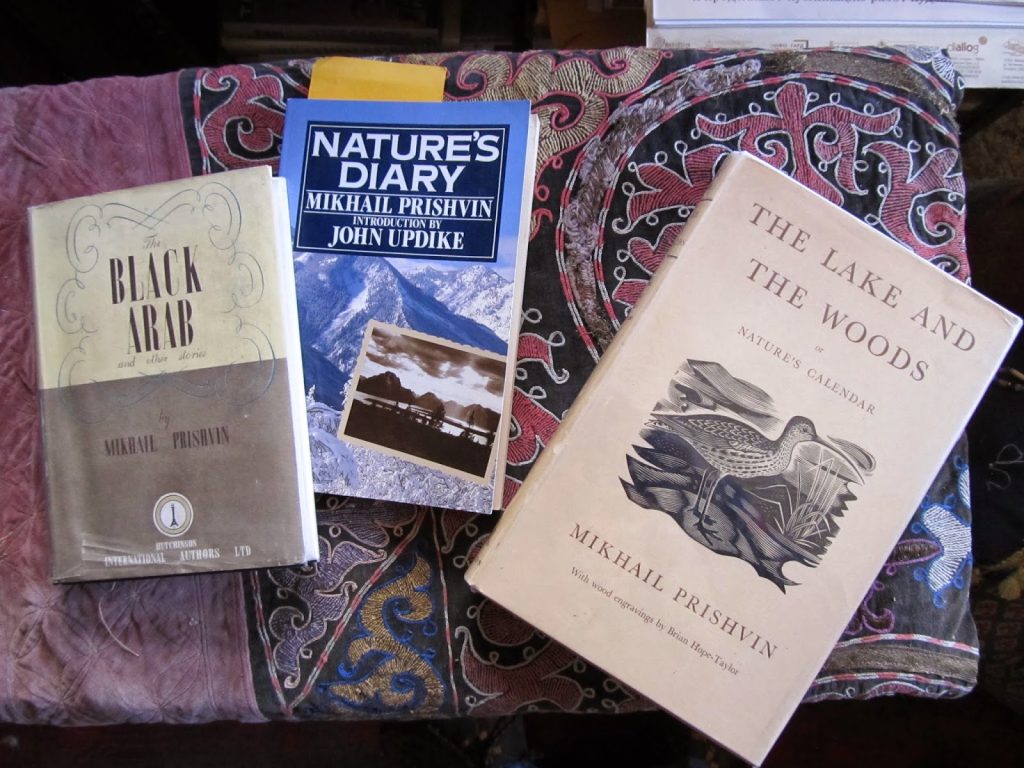 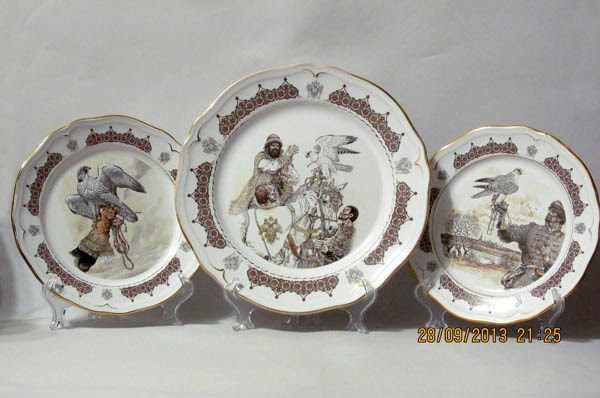 Arthur Wilderson, who knows more about guns that almost anyone, reminded me that Vladimir Nabokov died 36 years ago this week.

After I praised his English, more fluid and colloquial than his only rival as a non- native English- speaking  novelist in the language (VN would have said American I think), Arthur agreed: “I was always a little irked when he would complain of his “second-rate”
command of English in the forward of some of his novels.  As though he
could possibly have anything to complain about in that regard!”

Right– tell me what other “American” could have written Pale Fire— yeah, odd, but an impossible tour de force. The same un- degreed Russian emigre wrote at least two more essential American novels: Lolita (with On the Road as its crude brash kid brother and Roger Tory Peterson’s ‘s Wild America its overlooked one, one of the three essential road and motel novels of the fifties, the road and motel decade); and Pnin, the only academic satire I can stand– well, maybe Lucky Jim. All the while analyzing butterfly genitalia in the Harvard Museums while being condescended to there as well, doing so well with traditional taxonomic methods that his classification of the Blues is confirmed by today’s DNA studies fifty years and more later.

I picture his burly tweed- clad figure racing off from his tiny office to some unnecessary meeting imposed on him and stumbling impatiently over a little kid who is seated cross- legged on the floor in front of a glass case containing awkwardly stuffed specimens of Neotropical birds, trying to figure out THEIR taxonomy and wondering why the taxidermist has chosen yellow eyes for the bat falcon…

It was (obviously?) an 1895 Winchester, most famed as Teddy Roosevelt’s lion gun in Africa, using its odd heavy load, the .405 Winchester. It was a relatively strong action, and because it had a box magazine* rather than the typical tubular ones on most leverguns, it could shoot modern spitzer type loads like the .30- 06.

But what this specimen looks like is the front of an old bolt action military rifle grafted on to a “cowboy” rear. Because that is exactly what it is. It is ’95, but one made for the Czar’s army before the Russian revolution, in the old Mosin Nagant caliber, 7.62 x 54 Russian.

The interesting thing to me is that they made 300,000 or so in this caliber, 70 % of all production, more than they did of .405 Winchester, .30-06, .30-40 Krag, and .303 British COMBINED. They sent almost all of them to Russia– and they flat- out disappeared. Those that don’t know Russia say, well, the Soviets had strict gun control. But though that is to an extent true, I have seen SKS’s, Mosins, AK’s “Baikal” shotguns, and even CZ Mauser sporters everywhere in Central  Asia and never a hint of a 95 Winchester. I think there must still be a stack of crates in a cave in the Urals…

(More negative evidence for what it is worth: the Chinese have even harsher gun control, up to the death penalty, AND the demented sixties youth movement known as the Red Guard once tried to destroy all 45’s because they were a “bourgeois caliber”. But I have seen more Chinese Broomhandles in .45 ACP for sale, albeit for absurdly high prices– $5000!– than I have Russian Winchesters).

The owner of this one has a theory. He writes in part: ” [My girlfriend’s grandfather]… in Finland passed away a few months ago. He acquired the firearm during the 1950s or 1960s as his first moose-rifle… you may be wondering how a Finn acquired the 1895. Well, 70% of the rifles were produced for Imperial Russia before the model was discontinued in 1936. The rejected rifles were resold on American commercial market. The 1895 can use the same stripper clip as the 1891 Mosin Nagants. However most of them ended up in Finland and Baltic states before the October Revolution of 1917. Some of them were reissued by the Soviets for the Spanish Civil War. This particular rifle produced in 1907 survived World War I, Finnish Civil War, Winter War, Continuum War and Lapland War. “

He adds: “…  after the Civil War, many of ’95 were converted to 8.2x53mmR or 9.3x35mmR during the interwar period for moose-hunting because of the hunting laws they had during that time period which only allowed 8mm or larger calibre. Those which survived to serve in the Winter War without being modified into hunting rifles were either converted to 7.62x53mm or left intact… My Finnish contact said one can still find a lot of people still hunting with them in Lithuania or Latvia… “ 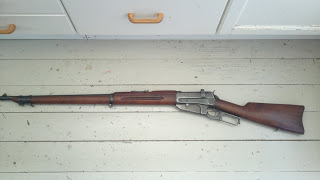 Which I believe.  But surely not all 300,000! See comments for more thoughts.

UPDATE: Bruce Douglas (he appears a few posts below with two flavors of Broomhandle Mausers) reminds us that the rifle makes an appearance in the last great work of Akira Kurosawa, Dersu Uzala, carried by  Captain Arseniev. Arseniev’s Dersu the Hunter is also in my new book of one hundred books. 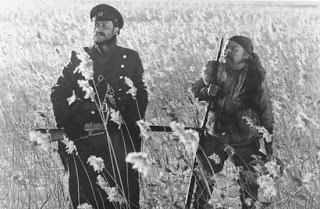 *Elmer Keith disliked the protruding magazine and said it looked like the belly of a poisoned pup.

From the NYT, courtesy of Reid:

“… gun control in Russia is less strict than in some other former Soviet countries. Estonia, for example, proscribes carrying a weapon while drunk. “If they did that here, well, nobody would hunt,” said Igor V. Anisimov, the Izhmash director of foreign sales.”

From Dmitry Kosyrev, author of the Silk Road Trilogy, via Kickstarter:

“My dear friends, Americans, a few Russians from Russia, all 111 of you, plus many more who will read my novels after their successful funding:

“What you did in suport of my books, letting them be published in USA, means that somebody needs the lines I write and that I do not spend my God-given days in vain. Thank you for showing it to me so clearly. There is nothing more important in writer’s life…”

..to fund the Russian life- Kickstarter Silk Road trilogy translation project, with $4300 to go, or all is in vain. I think Q readers may make up a majority now! Consider digging in a second or even a third time– we are!

Apparently just 100 ten- dollar book orders would put them over the top. It would be a shame if lack of publicity made this wonderful project fail.Tell your friends. Go viral!

An innovative approach to publishing and natural for Q fans, on so many levels: The Silk Road Trilogy translation project on Kickstarter!

Central Asia, the Silk Road, falcons and horses, China, literature, cyber- publishing; what’s not to love? Please consider pledging a bit to make this happen- time is short! Russian Life’s blog will report on progress. Casa Q pitched in a hundred and may try for more…