Found a hundred or so old photos. Here is Constant Commenter  John Hill, better known as “Johnny UK”, on one of his many stays here, riding the Qureshi’s Cebolla north of town. 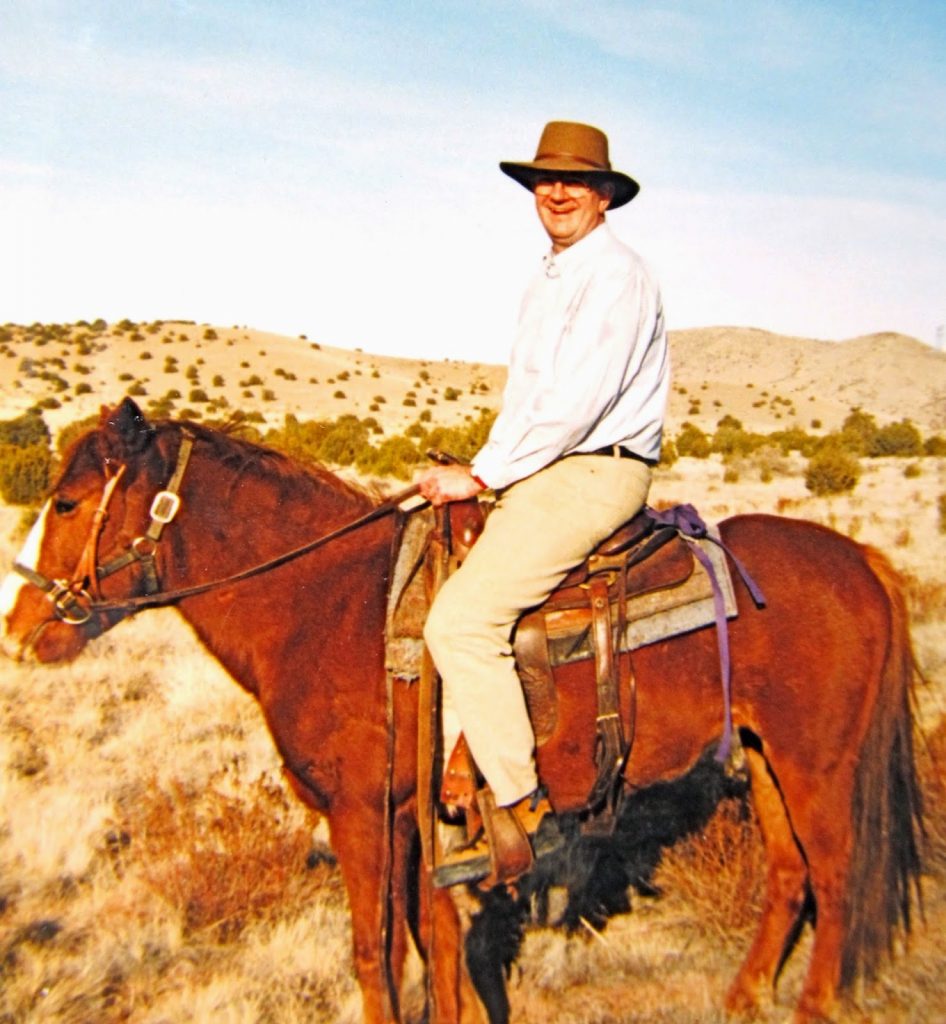 Jon Katz, despite his recent open heart surgery, is still fighting the good fight for the Carriage horses of Central Park and against the combined forces of AR supporters and the City’s incredibly clueless mayor:

“They are coming for the horses, and they are coming for the ponies and
elephants and working dogs and chickens on farms and so many other
animals who used to live and exist among us. Soon enough, they will be
coming for you, for the animals in your world, for the way in which you
live with them and love them. Soon enough, they will be entering your
world, your life and telling you how to live and taking the animals you
love a way from you and removing them from our lives. It is not a
paranoid fantasy, it is here. It is the life of every carriage horse
owner and driver and every horse today in New York. It is happening
right now.”

I think he is right, and it is that serious. The mayor, who has steadfastly refused to even MEET the horse owners, says he may move this week. Add your voice and whatever else you can…

Mark Cortner, old friend and variously biologist, cowboy, rancher, farmer, and fine gun nut– (we have traded various things including guns, books, and horses since Betsy was alive) stopped by just before sundown with Harry the Peruvian paso, one of the nicest horses I know. I still get jealous every time I see a gaited horse, and Harry is a sweetheart besides. He is not just a pet either; Mark used to rope off him routinely.

Like me and Steve Grayson, and one other friend I know in town, Mark is a 1950 baby. We feel the mortal breeze on the back of our necks. And I was and am the oldest… 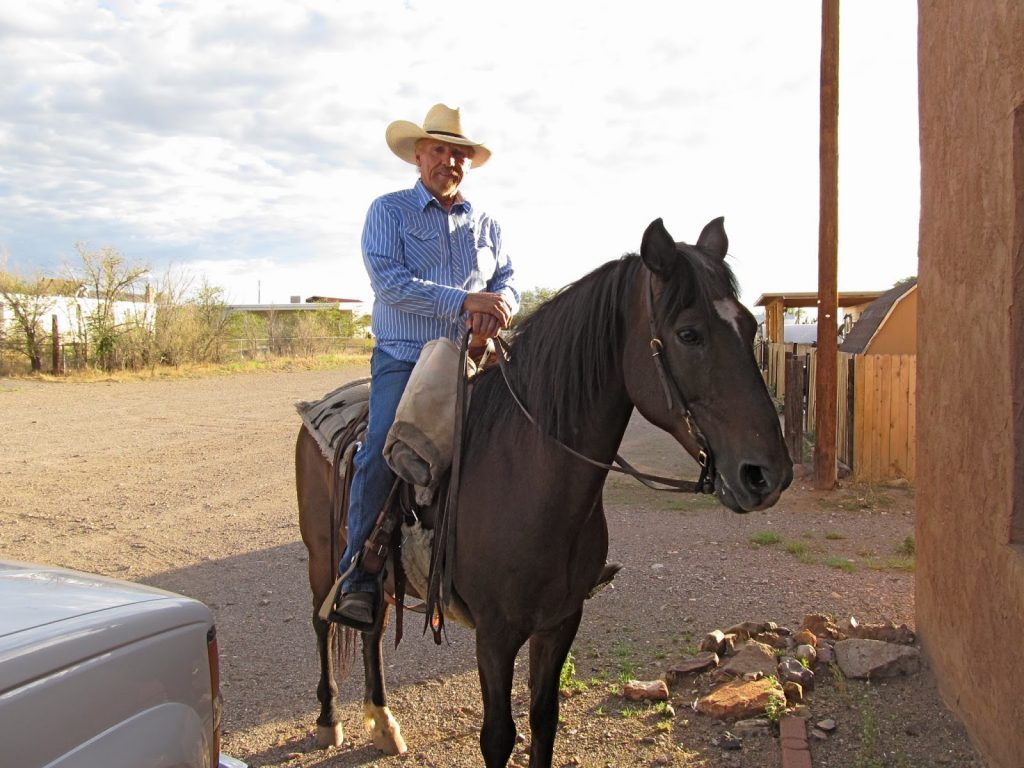 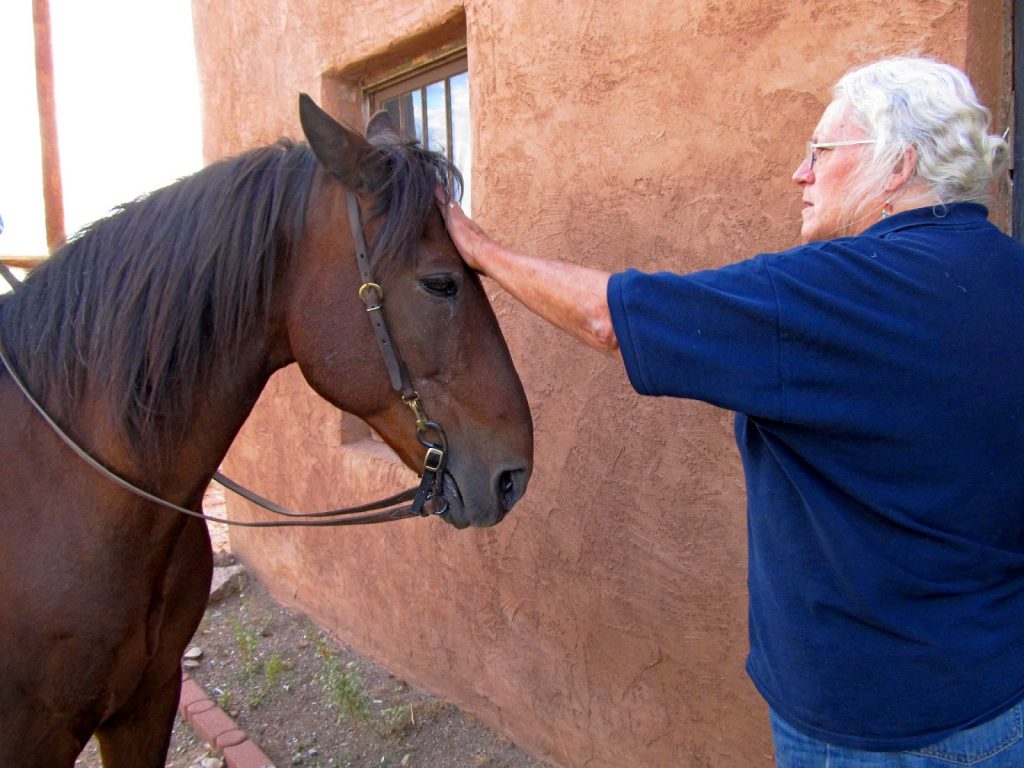 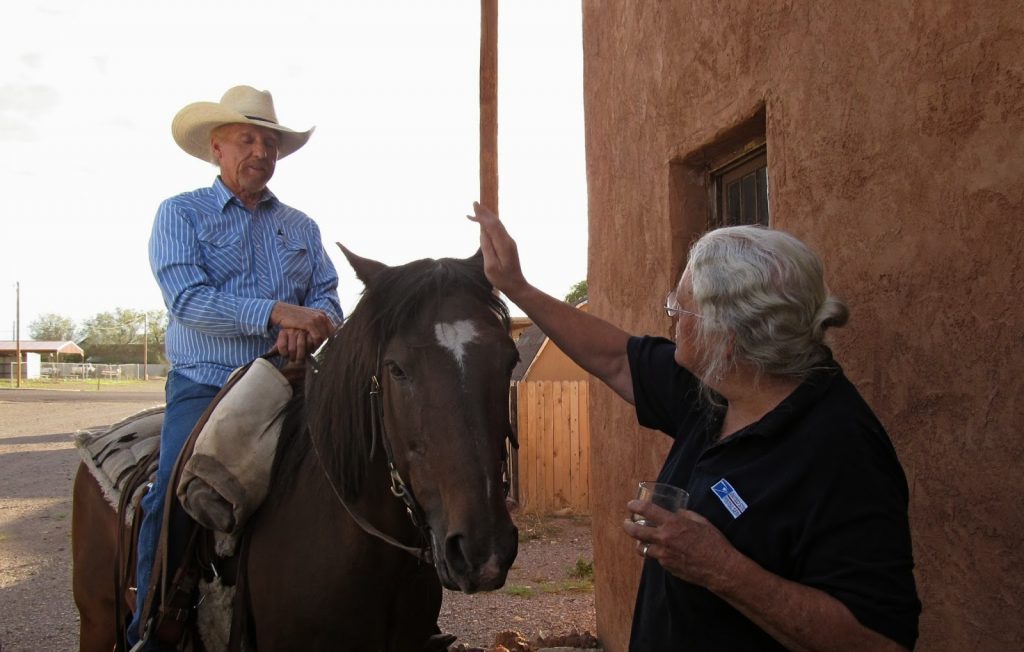 I just saw the video below and am trying to give it some publicity. It is ostensibly an interview with Miles City writer, rancher, and horseman John Moore about the Miles City Bucking horse sale, but he touches on the strange way that difficult life skills have been transmuted into (often expensive) play.

When he talks about the “fire” being bred out of today’s horses I can nod,  knowing that European and city breeders are trying to do that to my tazis. He introduced me to the eye- rolling term “pasture ornament “, for a horse that just stands around,and looks pretty, about like Libby’s “supermodel dog”. He know all beings are best off with the right work to do, unlike the show salukis of the woman who once said my dogs must be mutts because they had muscles.

Read, smile, shake your head, pass it on.

* When Libby was leaving Bozeman 20 or so years ago I was ranting about idiots there to the owner of the Feed Store, who lamented, “This used to be Montana…” 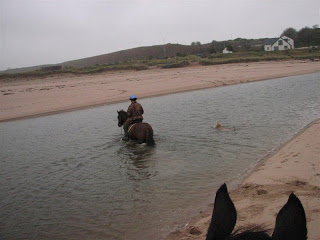 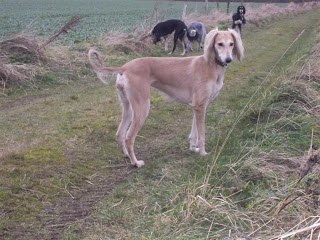 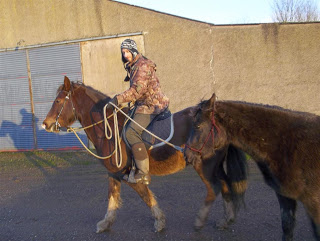 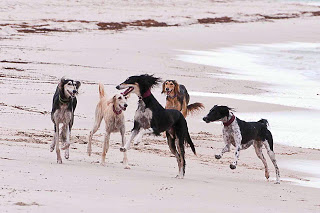 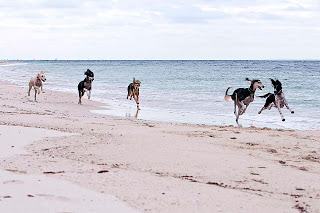 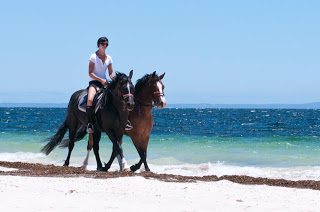 My friend and “cousin”, local rancher, reader, and hunter Sissy (Mary Helen Gianera Pound) Olney, ran into us in the Capitol Bar in Socorro yesterday and told us to look up this YouTube of her husband Tom and nephew Royce hunting mountain lions in the Magdalenas on horseback with hounds, the traditional way.

The video, by the NM game & Fish Department, is amusing and professional, the hunters articulate and enthusiastic, the hounds even more excited. The humans exhibit a practiced competence that makes it all look easy– I have known Tom over 20 years, and his father Hugh was one of the pioneering local hound men. They tree a cat a couple of times, photo it, let it go, and explain why…

At this point I should and will state that comment threads outside Q are more often than not fatuous at best. But these ones are truly amazing.

The first here is the best– it is not only WRONG but: what about NEW MEXICO COUGAR HUNT and NEW MEXICO GAME AND FISH does this person not understand?!

“Hunting cougars is not funny, is an endangered specie and﻿ it must be protected! Hunting a cougar is criminal.

“Hunting a big cat is criminal. Who hunts an animal like this most be behind bars. Everybody should tell this to the Canadian Authorities.”

Must I say? Not “specie”, not endangered, must not most, not illegal, NOT CANADA.

The second is more literate– if no less fatuous AR boilerplate and propaganda:

“Shooting any animal sitting on a branch takes no skill whatsoever﻿ to do it. If these “men” had their act together they would see that. But, it takes all kinds in the world. Unfortunately, we all suffer the loss of animals because these guys have nothing better to do with their time. It is sad for the cats, even sadder for the misfits that hunt them. Get a life.

“I love all these stupid comments about killing livestock etc. Hunting mountain lions is killing and wasting a beautiful animal for some misfit to get his jollies nothing more. Don’t give me the crap about losing livestock. It is a cost of doing business, that simple. If you don’t like it, don’t be in the livestock business moron… if you are a stupid rancher get out of the business.”

In the face of what theologians might call Invincible Ignorance (“stupid rancher..”) the rational mind quails. So I answered coolly, as I hope we all would:

“Actually it takes enormous skill and experience to train a pack of dogs, not to mention horses, and we are not even talking about maintenance and time.

“The Olneys are second and third generation hunters and pro ranchers, and even so﻿ let more lions go with only a digital record than they take– AS THEY DID THIS ONE. I suspect they care more knowledgeably for lions than their critics.”

And the implication that the hunters are somehow not “men”? How… early 20th century Freudian. Apart from the physical dangers, and the skills needed to ride for days and miles in hard country: the very female Sis, hound woman, mother, grandmother, 4th generation ranch matriarch, “Cowboy Bitch” (her own sardonic formulation), and the first female brand inspector in the US, is more of a woman AND a “mensch” than the critic whatever her or his “gender” to put it in proper pc terms will ever be… 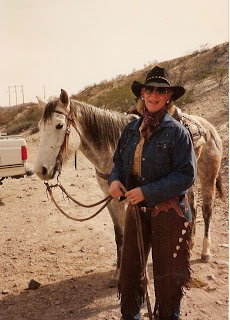 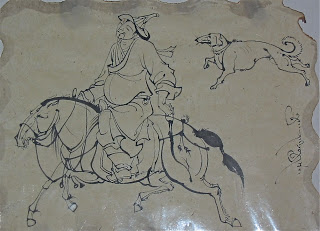 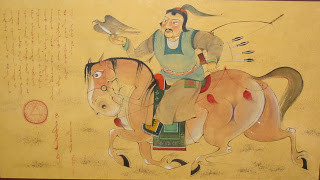 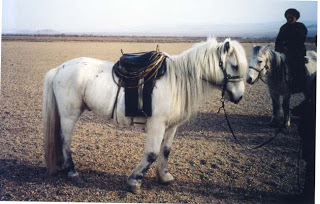